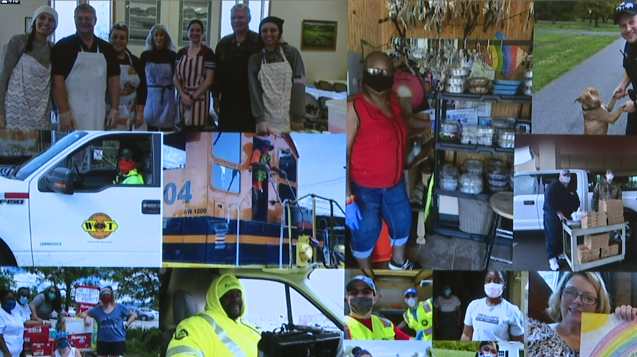 During the awards, Multiplying Good officials said they launched the One in a Million Awards campaign to honor people making a difference in service of those responding to crisis.

They set out to celebrate one million people for doing good. However, due to an overwhelming response, they were able to give over two million of the One in a Million Awards.

“We think it’s important to take a moment to highlight a few of the One in a Million campaign recipients, because right now being in community with others and working towards good is more important than it has ever been,” said Scott Perry, Multiplying Good Board of Governors.

In addition to recognizing people doing good in their communities, the Jefferson Awards also recognized public figures and companies on a mission of helping others.