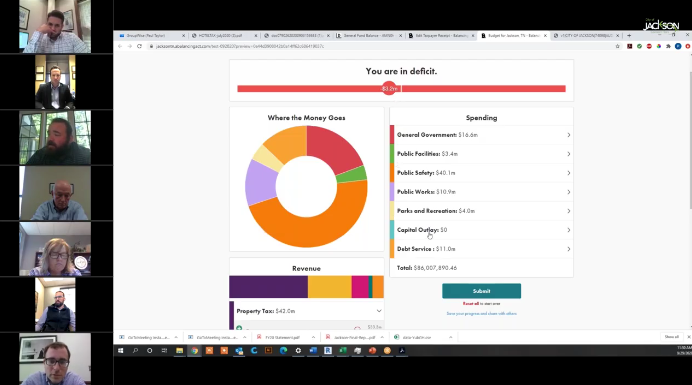 Instead of a predicted deficit of almost $350,000 for the next fiscal year, city finance director Bobby Arnold says they are actually expecting to profit.

“Our preliminary results indicate a surplus for the general fund of $2.7 million, so about $2.4 million better than what we had estimated,” Arnold said.

Also on the agenda, more information on a $5 million lease purchase approval for the Jackson Fire Department to get a new fire apparatus. There are currently plans to use stock apparatus to help reduce costs.

They plan to have a 10-year lease-purchase agreement with annual payments of roughly $577,000.

“Timing will have a lot to do with how successful we are with doing that, but if we’re able to do that it would save us some amount of money,” Arnold said.

By the end of the first full week of October, the city will also start interviews for an internal auditor, with an interview make up day on Monday, Oct. 12, before narrowing down the decision. 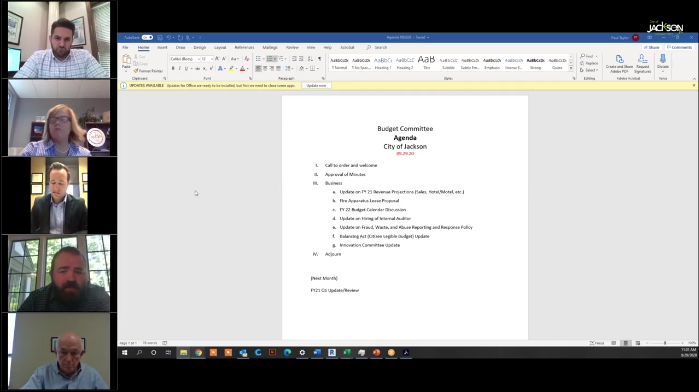 “Make a selection by that Friday, an offer out hopefully by the 16th for a start date of November the 2nd,” Alex Reed with Mayor Scott Conger’s office said.

Last month, the committee unveiled a new interactive data visualization page, which would help show what the city spends its money on and where its revenue is from. They hope it helps communicate and share that information to make it easier for the public to understand, and for them to have a say.

“I think this will be a powerful tool for us moving forward on gathering data on what the community wants and needs are,” budget committee chairman Paul Taylor said.

The committee is planning on meeting again next month to look over more of the city’s finances for their first quarter review.