, Tenn. — A local university displayed its performing arts for a classic. 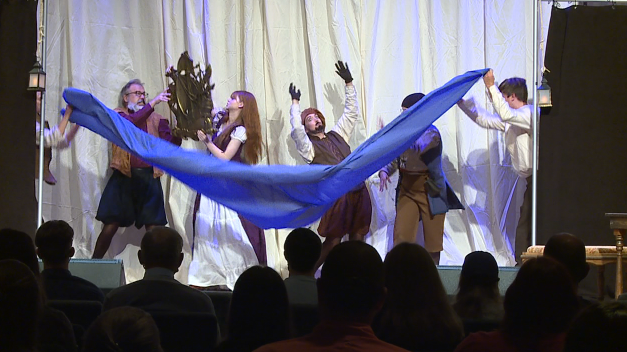 Union University’s theatre department had their second night of Shakespeare in the Park, with the classic comedy “Twelfth Night.”

The show had to move indoors because of the rain from Hurricane Delta.

Student and faculty actors gave their best performances of characters such as Viola, Olivia, Maria and more.

“It’s been a great journey. It’s fun to get into the text and try to break it down to make it understandable for the audience. That’s our job,” Union’s Director of Theatre John Klonowski said.

“I remember looking at the person who was Viola, and I thought ‘Wow, she’s so amazing! That’s such a cool part, I wish I could do that someday!’ We’re here, and I’m going to get to do it, which is such a blessing,” Sullivan Hogan, a senior who played Viola, said.

The last performance of “Twelfth Night” is Tuesday.