Democratic Candidate for the U.S. Senate race in Tennessee hosts event in Jackson

JACKSON, Tenn. — The Democratic Candidate for the U.S. Senate race in Tennessee shares her campaign goals as we near election day. 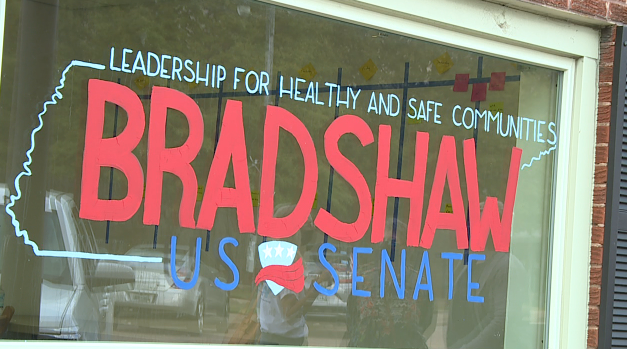 Marquita Bradshaw is the 2020 Democratic candidate for U.S. Senate in Tennessee. Monday Afternoon, she held an event to celebrate the opening of her 6th office across the state.
She says by the end of the campaign, she will open 10 offices to ensure her availability and accountability before and after the election.

“We need people in Washington to know that yes people need handouts to get on their feet sometimes but they’re really looking for a hand up. We can change the narrative in Washington D.C. just like we did in Tennessee,” Bradshaw says.

Bradshaw says her platform is built around safe and healthy communities by strengthening pillars of society.

“That’s high education for every child, an environment with a just transition away from pollution and an economy that works for working people understanding that in a pandemic everyone needs healthcare and we must work together and together we will win a voice,” Bradshaw says.

Bradshaw expressed her first plan of action during this pandemic is to pass universal healthcare and to rebuild the economy. She says she hopes to do what she can to help working people.

“Working people deserve a voice in the United States Senate and I am a person who actually lived the issues. I know what it’s like to file bankruptcy because of medical bills, and have student loans. I know what its like to put food on the table and be laid off during a recession. I’m here saying I will work for you working people in the U.S. Senate, and that America should be built for everyone,” Bradshaw says.

Bradshaw is running against republican nominee Bill Hagerty for the U.S. Senate seat. The election is set for November 3rd.