PINSON, Tenn. — A West Tennessee man is asking for the community’s help after his horse was stolen. 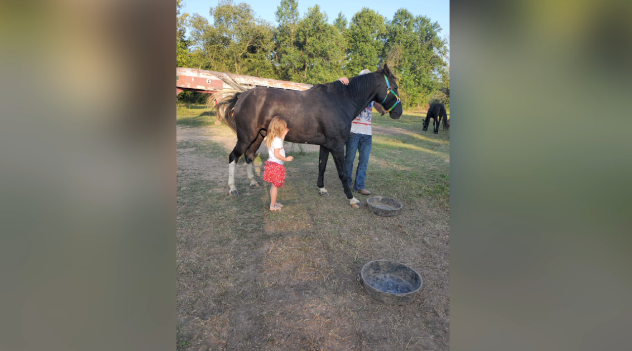 Jacob Smith is searching for his horse, Jet, who is a 10-year-old black Tennessee Walking Horse with white socks. He was stolen from his pasture located on Seavers Road in Pinson.

“We were going to get another horse and I come to load my trailer up. When we came back through I noticed the horses. They were all at the gate except for that one,” Smith said.

Smith says the horse was stolen from the pasture sometime between 3:30 p.m. and 4:30 p.m. on Tuesday. He says he is offering a $1,000 reward for anyone who has information.

Smith says he has looked through the pasture for Jet, hoping he was still there.

“We put the chain a certain way and you can tell that is not how we put it,” Smith said. 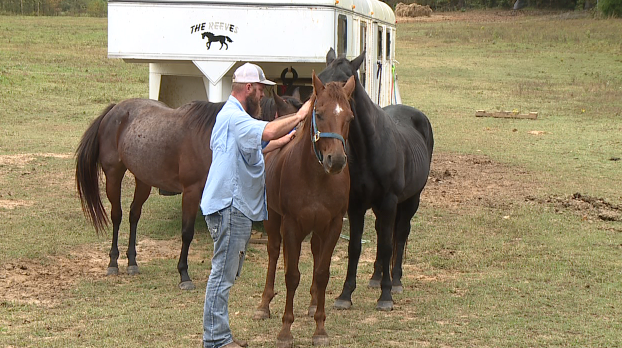 Smith says that even though he has reported it to the Madison County Sheriff’s Office, he still hasn’t told his young daughters that their horse is missing.

He says neighbors told him they saw a truck and trailer just moments before the horse disappeared, heading south towards Mississippi.

“That is where he is believed to be gone. That is the direction that the truck and trailer was going. The description of the trailer is a brown, kind of rusted Gooseneck trailer and is believed to be white four-door Chevrolet flatbed with a box on the back,” Smith said.

If you have any information on the horse’s whereabouts, you can contact the Madison County Sheriff’s Office at (731) 423-6000.