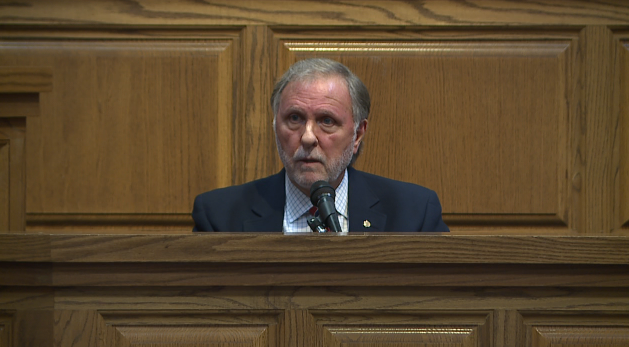 In his testimony, he discussed the budget committee operations, and how the sheriff had a lot of support when he was first elected.

“When he wanted changes, when he asked for additions above his budget, we were more than willing to allocate that money for him. If you look at each year, every year, his budget, not just what was budgeted that year, but every budget he had, it was increased at some point during that year,” Mayor Harris said.

He believes the sheriff did not prioritize his budget wisely in order to give current employees raises or hire new ones.

“Now, he comes to us after he’s created all of these positions, after he spent all of this capital money on vehicles, buildings, and things like that, and he says to us, ‘I got to have two and a half million dollars for raises for my employees,'” Mayor Harris said.

After a brief recess, a rebuttal witness came to the stand. Madison County Chief Deputy Steve Overton discussed staffing in the sheriff’s department.

He says second shift needs more deputies because that’s when they get the most calls. Right now, they only have six. 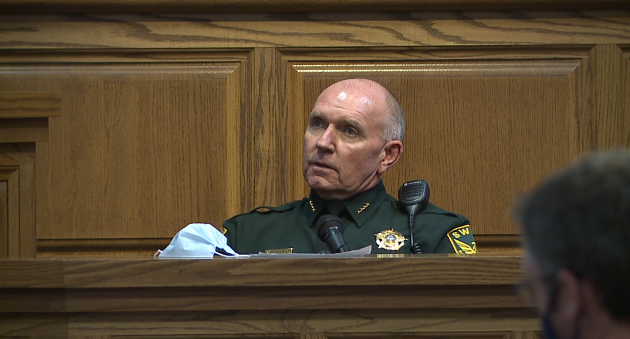 “I believe second shift shows, maybe 21 is what they should have, based on the workload,” Overton said.

“Let me let you explain that, what are you asking?” attorney Geoffrey Lindley asked.

“Yes, that 16 would be the total officers or deputies assigned to that shift. That does not mean there’s going to be 16 working there everyday,” Overton said.

“Government has to operate within a budget,” Mayor Harris said.

The trial will resume at 9 a.m. on Tuesday.