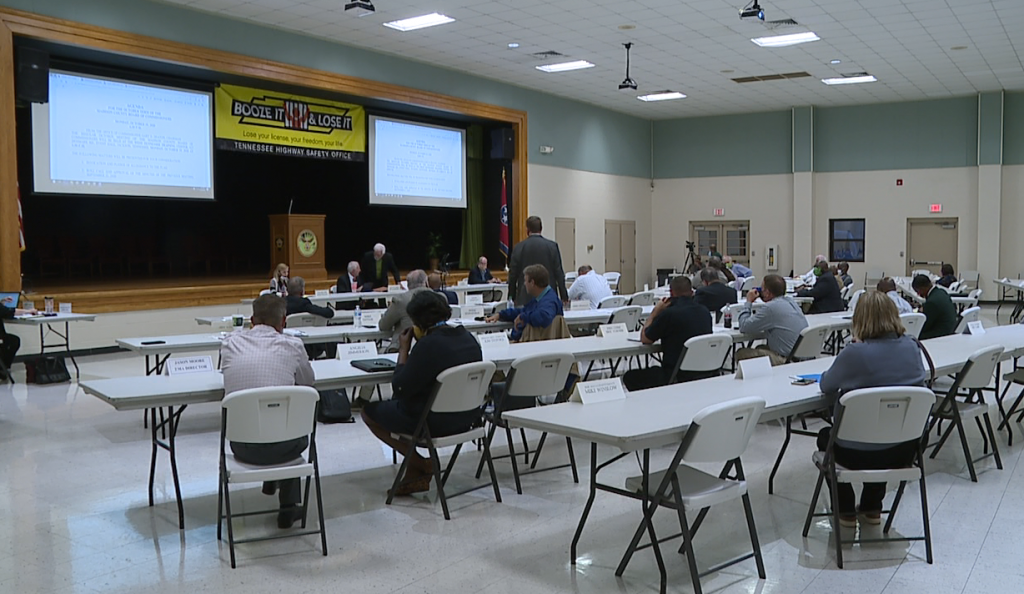 “We got a lot of committees approved tonight which is a usual September situation so that was good,” Budget Committee Chairman Doug Stephenson said.

A group of 9 people was formed to establish an oversight committee for the West Tennessee Training Center.

“We have been meaning to do that for several years, so that’s a good thing that we got that taken care of today,” Stephenson said.

When presented with a zoning issue on Gerdau Drive, a few commission members were concerned. Some neighbors who live near the property expressed their concern for noise and traffic.

Petitioner Josh Peter claimed the warehouse on the Gerdau-Ameristeel property would only have 4 truckloads per day with only 10 to 15 employees to avoid traffic problems.

“Hopefully it won’t increase traffic much and obviously there is some plans to be able to expand. They plan to keep that to a 5 to 6 load maximum in their expansion,” Peter said.

The only amendment not passed was to fix the drain pipes in the roof at the courthouse. The commission previously voted on an estimate, but needs to review with the new bid.

“Its amazing how all of the sudden every vendor knows how much money we have to spend and they never go with our estimate cost,” Commissioner Jason Compton said.

“We approved all the amendments tonight except that for that one and just trying to see how we do with the pandemic on the sales tax and things like that so we can make plans as we move forward,” Stephenson said.

The commission took up several amendments Monday evening and will take another look at the process on estimates and bids for next month’s meeting.