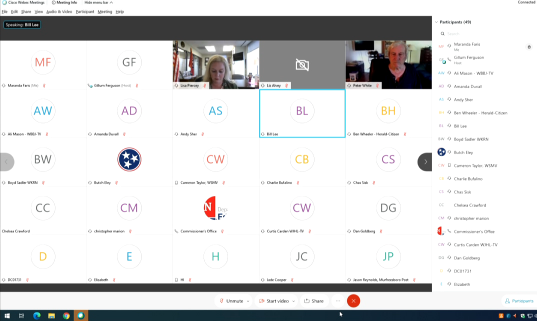 In Governor Lee’s virtual news conference, he discussed his new PSA campaign for Tennesseans to make what he calls responsible choices, which includes wearing a mask.

Speaking of masks, he announced his plans to continue allowing county mask mandates.

“I intend to extend their ability and their authority to put in place mask requirements through the end of the year, in their individual counties,” Governor Lee said.

Dr. Lisa Piercey with the Tennessee Department of Health also gave an update on numbers and hospitalizations.

“We have seen slight increases in our case rate and positivity rate, but the thing that has really caught our attention is the dramatic rise in hospitalizations,” Dr. Piercey said, “those hospitalization numbers are now up over 50% since October 1.”

She explained that most of those hospitalizations are coming from rural areas.

“As a general principle, our rural populations have more concentrations of older and sicker individuals who are more likely to need hospitalization if they become ill,” Dr. Piercey said.

She also discussed how the reporting of cases will be broken down by types of test, which are antigen and PCR. 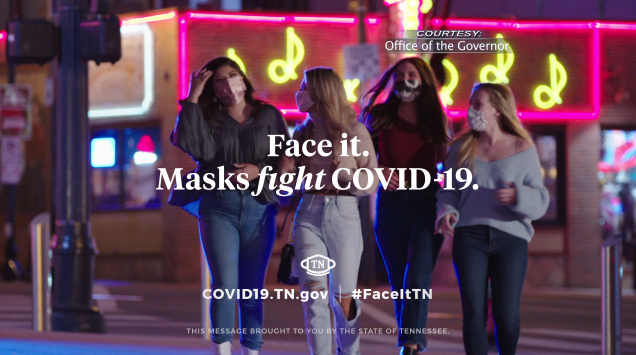 “It takes really small pieces of the virus, and makes them bigger, or amplifies them so the machine can pick them up,” Dr. Piercey said.

Antigen tests are faster and easier, however there’s a trade off.

“Antigen tests, in general, are a bit less sensitive, which means they won’t pick up as many positives as the PCR test does,” Dr. Piercey said.

In a follow up to a story we first told you about on Monday about reporting patient information even if they test negative, she offered an explanation.

“Those are federal reporting requirements. Those come from the HHS and/or CMS. It’s required federally that they’re reporting both positive and negative results,” Dr. Piercey said.

They also discussed getting the state’s plan approved for distributing vaccines, once one is available.