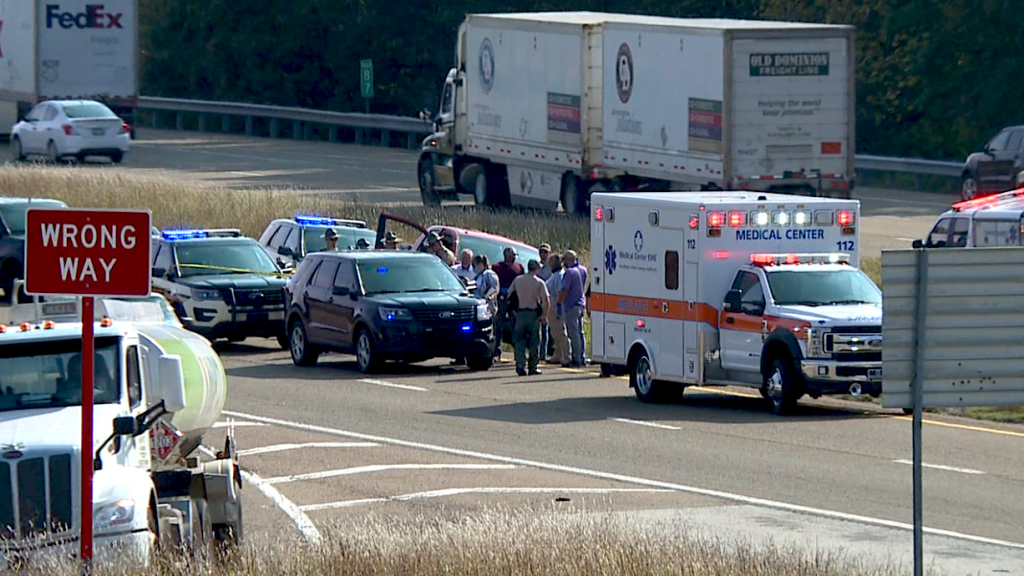 Witnesses on scene say they saw almost two dozen law enforcement vehicles at one point, and said the Tennessee Highway Patrol was chasing a red truck west on the interstate.

“At the bridges at Law Road, there were troopers with spike strips standing at the bridges waiting to toss them out,” said witness Dan Vaughn.

The truck finally ran off the road.

The Tennessee Bureau of Investigation was on scene, and said the driver of the red truck was injured with what appeared to be a self-inflicted gunshot wound.

They said at this time, it appears no officers fired weapons.

They did not say where they were shot, or what their condition is. WBBJ 7 did witness an ambulance drive away from the scene.

However, it’s still unclear how the pursuit began. 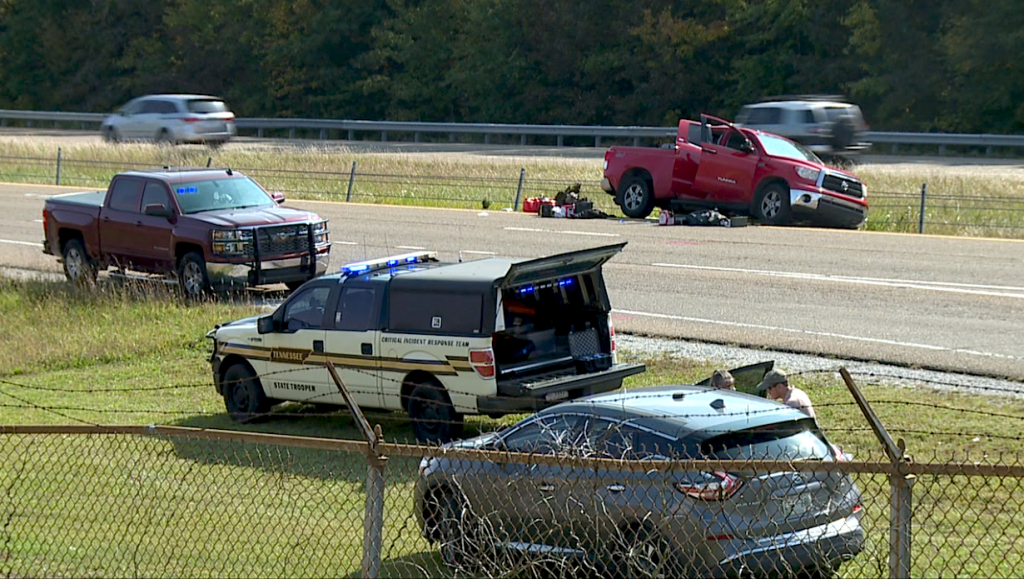 Andy Hassan and his coworkers watched the end of the pursuit, when the red truck ran off the road and the troopers closed in.

“They were creeping up, and when I saw them creeping up slow, is when I finally realized they were chasing this vehicle. They had been chasing him for a while,” Hassan said.

Then, they broke the passenger window and pulled the suspect out of the truck.

“It is very scary, especially when you don’t see this every day,” Hassan said.

Multiple agencies were on the scene for hours documenting what happened.