GIBSON COUNTY, Tenn. — A Humboldt man is in custody after investigators with the 28th Judicial District Drug Task Force say he received a large shipment of methamphetamine. 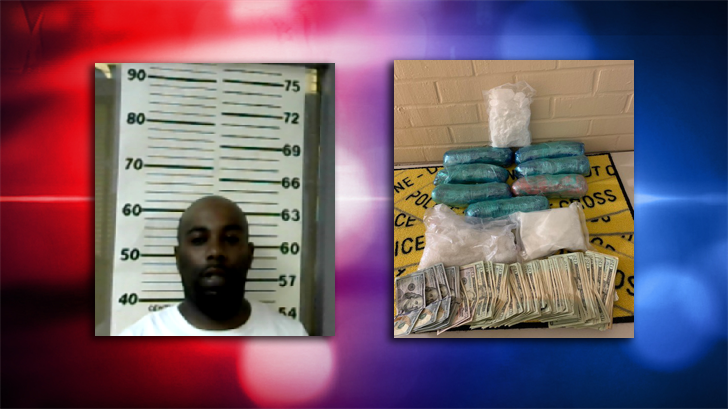 According to a news release, agents with the West Tennessee Drug Task Force were notified by a shipping company that they had found a package which they believed contained methamphetamine.

The release says the package was being shipped from a store in Lemon Grove, California and was being sent to a home in Humboldt.

Undercover agents delivered the package to a home on Westend Drive in Humboldt, across from Stigall Elementary School, according to the release.

The release says Brantley Miller, 35, retrieved the package from the front porch of the home and put it in the back of a rental car before attempting to leave the area.

Miller was arrested and agents seized the box and $3,929.

He is currently held in the Humboldt City Jail in lieu of $125,000 bond on charges of possession of a schedule II controlled substance in a school zone with intent to manufacture, deliver, or sell.

The investigation remains ongoing and agents say more people are likely to be charged.

There is no evidence at this time to indicate that the homeowner was involved or aware of the package.