JACKSON, Tenn. — Leading up to the elections, both the Madison County Republican and Democratic parties have been busy making sure their platforms are heard. 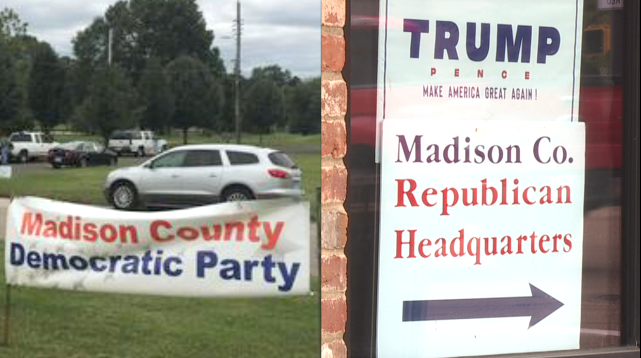 The parties each focus on different platforms, but one thing they can both agree on is voter turnout.

In the weeks prior to the election, both parties have held several community outreach events to drive in voters.

“We had people registering to vote, checking their voter registration status, and we were also able to do it in a COVID-safe way, by having drive-through, where we just, you know, pass a flyer through a window. People could register to vote through their own phones,” said Christiana Gallagher, secretary for the Madison County Democratic Party.

“We have set up offsite tents at North Side. We’ve done one at the Farmers’ Market, and we’ve also done it off of Highway 45 and [Highway] 18 to encourage people to get campaign materials and also to register to vote,” said Larry Lowrance, chairman of the Madison County Republican Party.

This doesn’t include the separate efforts from members of the community.

“The last month there have been two parades. Now, these are really grassroots parades. They were not orchestrated by the party. The last one they had a 100 car event,” Lowrance said. 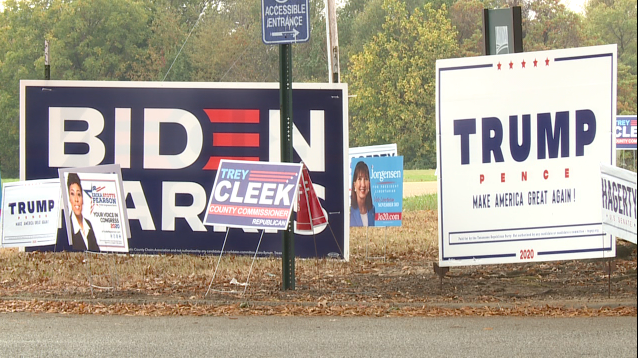 The parties also highlighted issues important to their platform.

“The strength in this country has to be our young people, and the earlier we get them involved in the process, the better. So that’s kind of been a theme there that we really want to work,” Lowrance said.

“In the light of Black Lives Matter movement and women’s rights, LGBTQ peoples’ rights if we want change. Our vote is our currency that we buy it with,” Gallagher said.

Both parties agree that people have the right to vote for who they want.

“As far as our democracy is concerned, the more people that vote, it’s a better representation of the community,” Gallagher said.

“Most of the time that’s the determining factor, who gets their base out best. We’re just working hard to do that and everything looks very bright here in Tennessee,” Lowrance said.