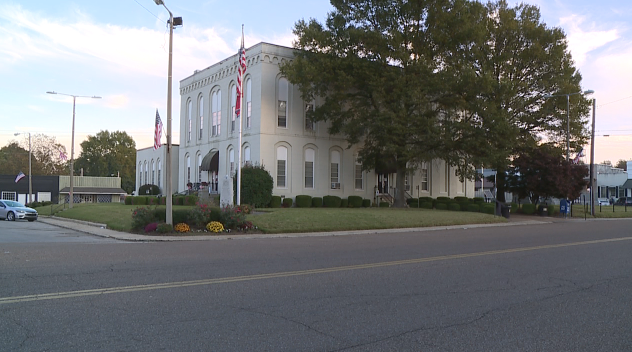 Crockett County started out as the only county in the area without any cases, but now it is second in the state for cases per 100,000 people.

“I can’t pinpoint one thing that’s causing our high rates or our numbers to be so high, but all we can do is try to ask people to do the right thing,” said Crockett County Mayor Gary Reasons. “If you’re in that six foot area or closer, you need to wear a mask, whether you’re outside or not.”

According to the Tennessee Department of Health, the positivity rate over the last seven days was 22.4%.

The goal is to keep that rate under 10%.

He says there’s been several large outdoor gatherings and fundraisers recently, which may be a factor. 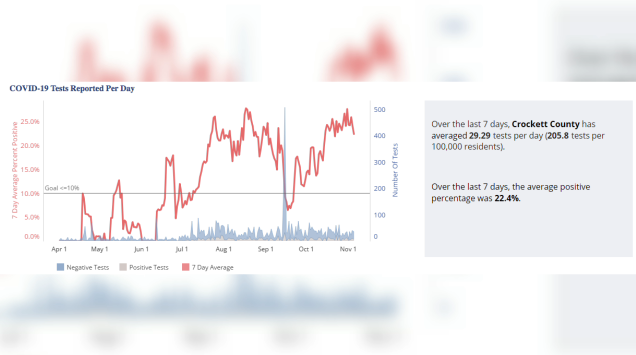 “They’re certainly for a good cause, but that doesn’t change the fact that when we’re around these crowds. Even though we’re outside, precautions still need to be taken,” Mayor Reasons said.

The closest hospitals are in Milan, Jackson and Dyersburg. Overall, 22 cases in Crockett County have required hospitalization.

According to West Tennessee Healthcare, six people from Crockett County are hospitalized at Jackson-Madison County General Hospital and one in the Dyersburg hospital.

“One of the things that people say is that, ‘Well, the COVID isn’t that bad.’ If you’ve had a bad case of it, you’ll know what I’m talking about,” Mayor Reasons said.

So far, there’s been 24 deaths in the county.

“I love Crockett County, and I hate to see our community have this many people who have passed away,” Mayor Reasons said.

Crockett County does not have a mask mandate because Mayor Reasons says it would be difficult to enforce.