MADISON COUNTY, Tenn. — A local fire department has received a new gadget designed to save a pet’s life in the event of a house fire. 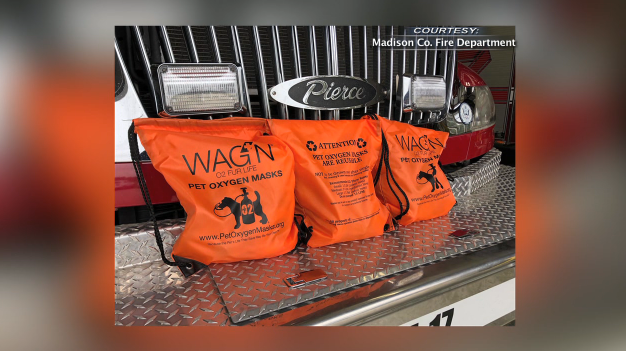 “They were donated to us, and we put them in our command vehicles so we can make sure we have them on every fire scene,” said Madison County Fire Chief Eric Turner.

Turner says the ultimate goal is to get one of these oxygen masks in every fire truck. The masks can be used to help pets overcome by smoke.

“Animals are just like humans. If they take in too much smoke, a lot of times you have to give them some oxygen,” Turner said.

Unlike the oxygen masks designed for humans, which are flatter for a person’s face, these masks have a rubber seal to fit around the animal’s snout.

The masks come in small, medium and large sizes and should fit most animals.

The firefighter can hold the mask on the pet and bring it back to consciousness. They say oxygen is pumped into its mouth with a hose connected to an oxygen tank supplied by the fire department.

Turner wants to give his thanks to the Jackson, Tennessee Dog Fanciers Association for making a special donation: three reusable oxygen pet masks. 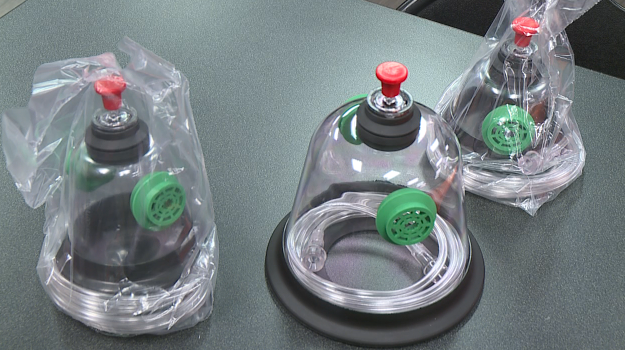 Turner says they have not had any situations in which the masks had to be used.

“They’ve only been in service for a couple of weeks, but without a doubt, we will have to use them in the future,” Turner said.

He says if you have a pet in your home during a fire, it’s best to let firefighters know beforehand so your pet can be treated quickly.