JACKSON, Tenn. — Just ahead of Veterans Day, a group held a special ceremony for those who served our country. 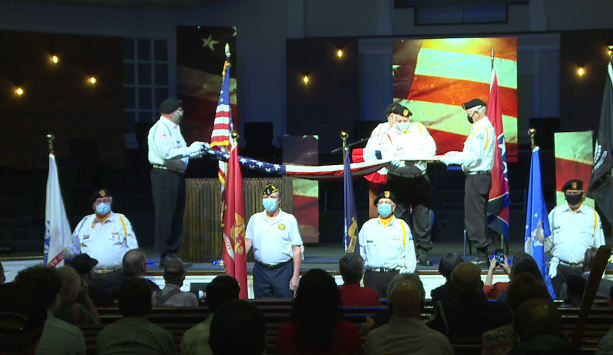 “There are so many that can’t be here because they’re giving their all to this country so that we have liberty and freedom. It means a lot to me,” said Spurgeon J. Smith, a chief and communications officer in the United States Air Force.

Smith and several other veterans masked up and came together to celebrate Veterans Day through a program hosted by the West Tennessee Veterans Day Committee.

“With all that’s going on right now — safety issues — we’re really pleased that we have this number of veterans that are willing to put on a mask and social distance and come and sit in the audience and be recognized. Let us thank them for their service,” said Jackie Utley, the chair of the West Tennessee Veterans Day Committee.

During the program, each of the Armed Forces service hymns were played for veterans of the Coast Guard, Air Force, Navy, Marines and Army.

Smith says he saw a lot during his time in the service. He remembers the first goodbye to his family when he left for basic training. 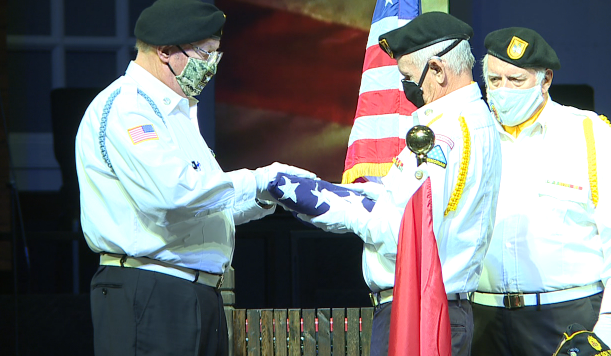 “I didn’t tell my mother and father I was going into the Air Force until about 10 minutes before I left the house. I was the only son in the family, and my mother went bananas because the Korean War was going on,” Smith said.

After his time in the service, he taught chemistry and physics in both high school and college. He says two of his students died while serving.

“I stood by them when they came back. Stood by their coffins until they were put in the ground,” Smith said. “They were my children, and I loved them.”

As a veteran, he explains what this program means to him.

“It’s to honor our veterans, and never forget that we’re brothers,” Smith said.

If you are a veteran and would like to participate in the parade to honor veterans, you can pre-register your car by calling (731) 427-1271 or you can show up in the Carl Perkins Civic Center parking lot Saturday between 9:30 a.m. and 10 a.m.