HENDERSON, Tenn. — A Henderson attorney who competed on a well known game show speaks out about the host’s recent death. 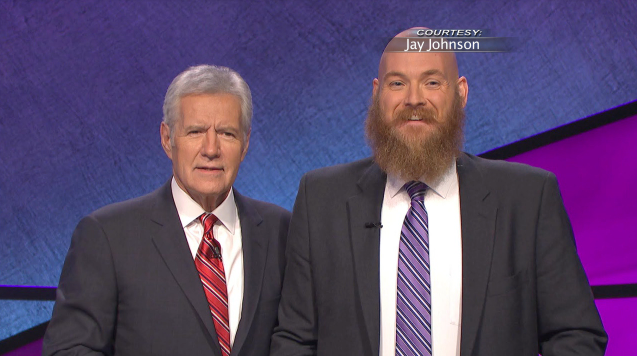 ‘Jeopardy!’ host Alex Trebek died Sunday at 80 after his battle with pancreatic cancer.

“It’s somebody that’s important and plays a role in your day to day life, and losing anybody like that is going to have a measure of sadness to it,” attorney and former contestant Jay Johnson said.

“It’s kind of a once in a lifetime call, to be able to be on ‘Jeopardy!’, it’s not something that everybody gets to do,” Johnson said.

He said, even though he didn’t win, the experience was memorable, and remembers the show’s host, Alex Trebek, as the type of person the world needs more of.

As a competitor, Johnson said he didn’t interact with Trebek until he walked out on stage, just as what you saw on TV.

“He was as gregarious and kind of engaging, and that limited exposure as you’d expect, kind of what you see on TV is what you got from him, I think,” Johnson said.

He said competing on the show introduced him to a lot of new people, and there are several contestant groups on social media where there’s been a lot of discussion about Trebek’s death.

Many former contestants have posted their show picture with Trebek to honor him.

He said the last memory from the show was after he was leaving the studio and walking to a taxi to go back to his hotel.

Trebek waved at Johnson from his pickup truck while leaving, a vehicle he said most people wouldn’t expect a celebrity to drive.

“It was kind of a nice acknowledgement that, ‘we saw you there, I’m glad you played.’ it was a good kind of wrap up of that day,” Johnson said.