Veteran’s gravestone returned to cemetery after found in abandoned car

JACKSON, Tenn. — A gravestone belonging to a Jackson veteran was discovered unexpectedly — away from its grave site. 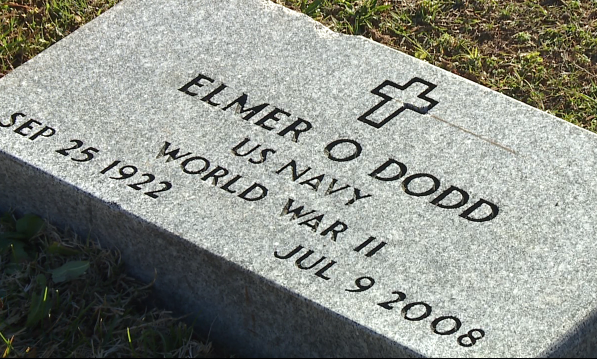 Russ Hall is a member of the Jackson Elks Lodge. He says many years ago, his uncle owned a car salvage and wrecker service.

About two months ago, Hall’s uncle stumbled upon a misplaced gravestone in an abandoned car.

“He found this stone in the trunk and had it sitting out in the salvage yard,” Hall said. “We were out there cleaning up some stuff one day and he said, ‘I sure would like for that to be to where it belongs.'”

He said thanks to the internet, it was pretty quick to find out who he was.

“And we have a lot of veterans down at Elks 192, so they stepped in and… here we are,” Hall said. 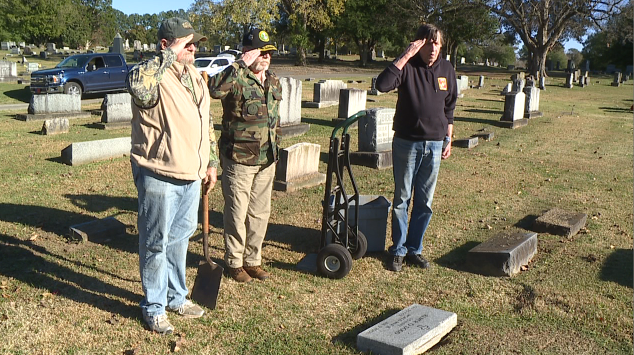 The gravestone reads Elmer O. Dodd, a United States Navy veteren who served in World War II. He passed away in 2008.

Dodd’s final resting place can be found at the Hollywood Cemetery in Jackson.

The footstone is also paired with another gravestone found on the plot, shared by his wife Marsha who died in 2001.

With the return of the stone, Dodd can now truly rest in peace, and the members can pay their final respects to the veteran.

“It’s just a solemn thing that we think that we need, we believe in, that we need to do for this veteran. No matter who they are, they did serve our country and we feel like that we should honor them in this way,” said veteran and Jackson Elks Lodge member Rusty Schrivner.

Hall hopes this story helps to reconnect Dodd with any living family members in the area.