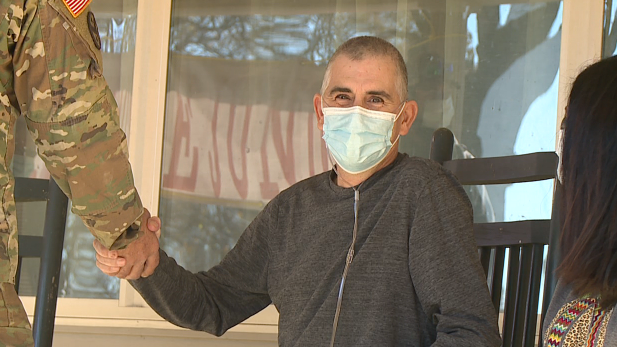 “”I was running a 102.8 fever and went to employee health,” Seaton said. “They tested me, and I came back positive for the corona.”

The father of six says he doesn’t know how he was exposed to COVID-19, and says he had no underlying medical conditions.

Days later, on August 17, he was admitted to Jackson-Madison County General Hospital.

On August 30, he was put on a ventilator.

He says from there, his condition got worse.

“They had told my sister to prepare my family because they didn’t think I was going to live,” he said.

In October, his health started to improve.

“On October 9th, I went to Nashville to get weaned off the vent, and on my wife’s birthday, October 16, I was completely off the vent and breathing real air,” he said.

Seaton says he wants to give his thanks to medical professionals at the hospital for saving his life. 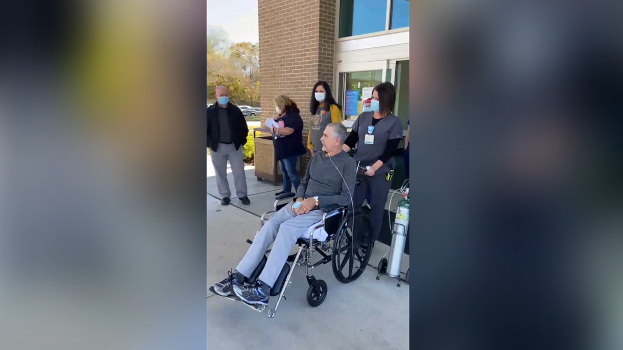 After more than three months away from his family, Seaton is finally back home, though he says the fight is still not over and that he has a long road to recovery. Seaton says he hopes that his story can inspire those who have had or are currently battling COVID-19.

Seaton says he still has lingering health issues because of the virus, and he will continue to use oxygen.

“I don’t have to have it all the time, in the bed or anything like that, but I still require oxygen,” he said. “It’s still going to take a long time for me to get back but I am not giving up.”

Seaton says he wants to urge the community to stay safe and wants to encourage everyone to wear a mask at all times. He says once he has completely recovered, he wants to go back to work and help save lives.