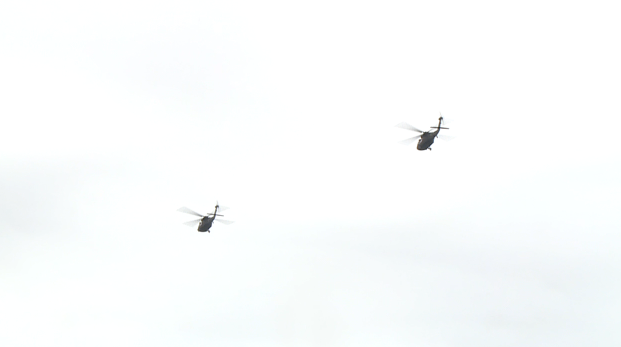 Organizers say the flyover was in recognition to health care workers who have been working non-stop since the pandemic started.

“We hope that COVID gets taken care of with a cure for the virus, and we just hope that happens soon so they can get some relief and go back to work,” said Senator Ed Jackson.

“[We want to] show our gratitude because we don’t want them to think that we forgot all the sacrifices they made,” said Chairperson for the West Tennessee Veterans Coalition, Jackie Utley.

City leaders, first responders and the public were there to watch the flyover.