JACKSON, Tenn.–West Tennesseans go Black Friday shopping, and some head out for the best deals on electronics. 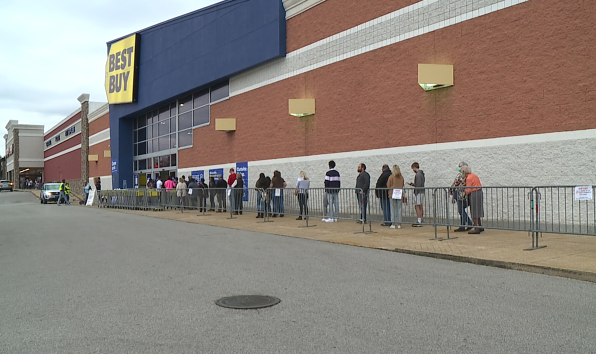 Shoppers from Selmer to Milan and everywhere in between came out to Jackson’s Best Buy for the newest electronics.

“I have an old TV, but I wanted to upgrade and get a new one. This is the best deal that I could find, so I came and got it,” shopper Ricardo Sosa said.

Ricardo Sosa wasn’t the only one leaving best buy with a new TV, many others throughout the afternoon rolled out of the store with TVs of all sizes.

Some went big, saying they were gifts for themselves or family members.

People also bought video games, computers, surround sound systems, and even something for the house requested by the spouse.

“I was coming to get a TV, and she said she wanted the vacuum cleaner, so that’s what we’re doing,” shopper Pat York said.

Throughout most of the afternoon, there was a line to get inside Best Buy, because only a limited amount of shoppers were allowed inside.

Customers we spoke with say this year’s Black Friday has been a lot more low key than previous years because of COVID-19.

Customers say they were glad to work on some of their Christmas shopping, and for the laid back shopping experience.

“I drove over from Milan, and I got in and out,” York said.

Sosa says he’s excited to get his new TV plugged in and ready to use.