PINSON, Tenn. –A state park helped sky-watchers witness a rare astronomical event from up above, known popularly as the Christmas star. 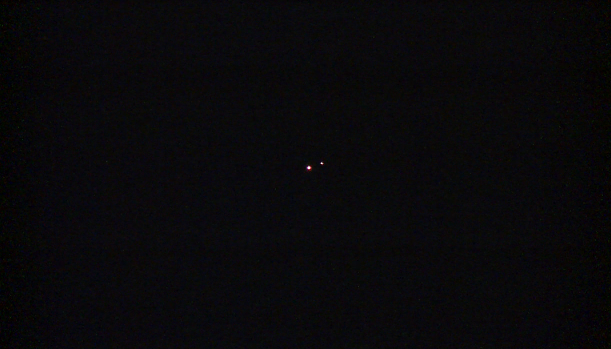 Sky watchers met at Pinson Mounds to witness a great conjunction of the planets Jupiter and Saturn.

“These kinds of things are things that you should just stop and take time to observe when you can,” Courtney Ferris, an attendee, said.

Courtney Ferris and her family were a part of a small group who watched yet another piece of history unfold at Pinson Mounds State Archaeological Park.

Star gazers brought binoculars to the top of Saul’s Mound to look at the planets, Jupiter and Saturn, aligned in a great conjunction.

It also took place on the the winter solstice, which means less day light and more night sky to see this celestial event.

According to NASA, the planets appear to pass each other in the solar system, with Jupiter and Saturn being aligned in the sky about once every 20 years.

However, this is rare because it’s been nearly 400 years since the planets crossed this close together in the sky, and nearly 800 years since it happened at night.

“It was really nice to come out here to Pinson Mounds, somewhere that is so special already, to observe this once in a lifetime event,” Ferris said.

The state park was built around Native American mounds, which park officials say the natives used to watch the sky from. 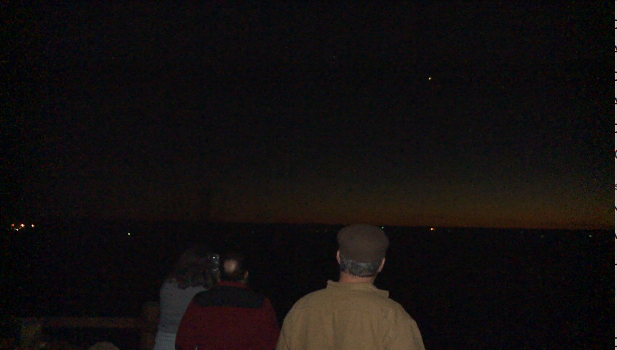 “This site was pretty much built on lines of celestial correspondence,” park ranger Dedra Irwin said, “back then, they would’ve actually used this platform, just as we’re using it tonight to look at the stars.”

“The stars lining up is a really neat thing to share with my family,” Ferris said, “hopefully it’s a reminder to them that we are a small part in a bigger picture.”

Even though the two planets appeared close together from our point of view, they’re hundreds of millions of miles apart in space.