NASHVILLE, Tenn. (AP) — Police in Tennessee are searching for a second suspect in the fatal shooting of a nurse on Interstate 440 last month. 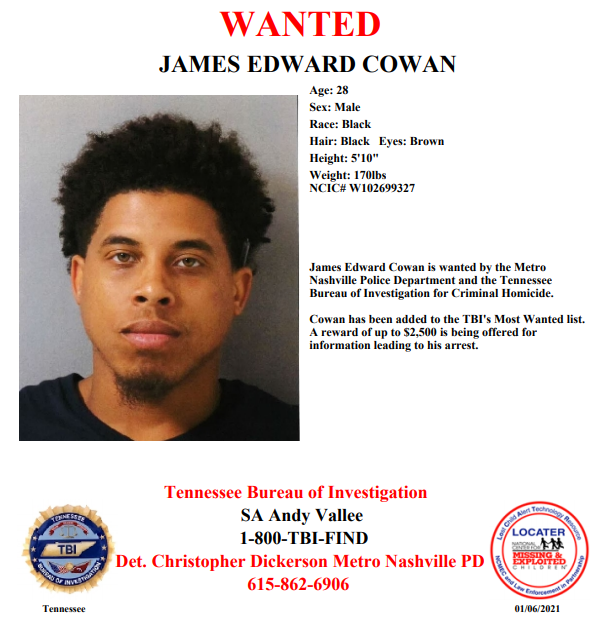 He’s charged in the Dec. 3 slaying of 26-year-old Caitlyn Kaufman, who was killed as she drove to work at St. Thomas West Hospital.

Another man was charged on Dec. 11. No motive has been given.

The Bureau of Alcohol, Tobacco, Firearms and Explosives is offering a reward of up to $5,000 for information leading to Cowan’s arrest.