It has been a warmer, mild Wednesday and the warm up will continue on Thursday. Breezy southerly winds should warm us up into the mid to upper 50s before a cold front will pass after the sun goes down; which could bring a few quick showers. On the back side of system we could see some snow showers.

The latest short term weather models are all starting to pick up on some snow chances in West Tennessee on Friday. A dusting to a half inch is starting to look more likely then not as of Wednesday nights forecast models. The culprit appears to be a stalled out low pressure system sitting to our north. We will have more details in your full weather forecast right here.

Southerly winds will continue to pump in milder temperatures in the evening and overnight and the result will be not as cold of temperatures. Tonight, partly cloudy skies with overnight lows around 34 and southwest winds of 5 to 10 mph.

The warmer weather will be short lived as another cold air mass heads in from our northwest on Thursday night. 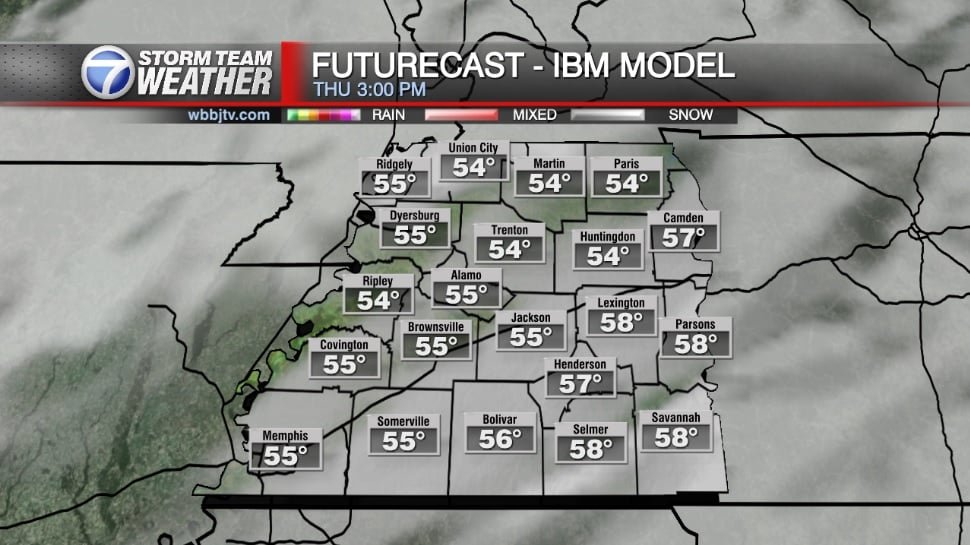 The warmest weather we have seen in awhile will show up for Thursday. Highs should reach the mid 50s with partly cloudy skies. The warm temperatures will be aided from some breezy south winds between 10-15 mph.  The next front is expected to pass by late Thursday into Friday morning dropping temperatures some and keeping the winds around on Friday as well.  Some of the models are showing a few showers as the front passes on by and we can’t completely rule out a few snow flakes late Friday on the back side of the storm system.

We could see a few lingering flurries early Saturday morning, but don’t count on seeing much. You can count on a cooler weekend though with highs only reaching the low 40s and morning lows around 30°. There is another weak disturbance that could impact the area on Sunday but the forecast models do not have a handle on the situation yet and we will be watching it closely in the Storm Team Weather Center.

Wet and Windy Day Ahead Tomorrow

Wet and Windy Next Few Days

Sunny For Today Ahead Of The Rain