JACKSON, Tenn. — Jackson police are asking for the public’s assistance in identifying a suspect in a burglary at a downtown business. 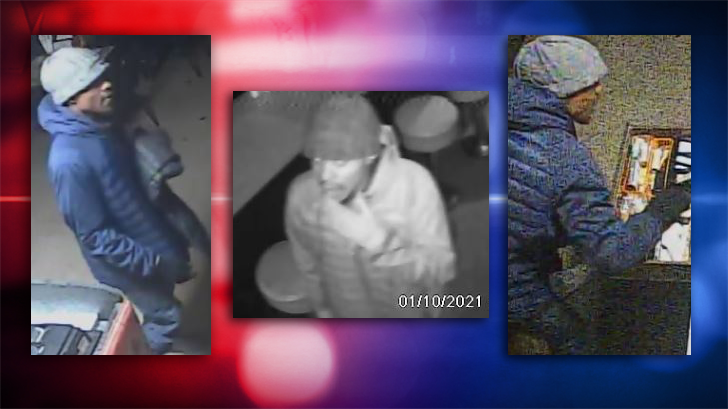 Police say a man was seen on surveillance video breaking the front glass of Dixie Castle on East Baltimore Street on Jan. 10.

Police say the man then took money from the cash drawer.