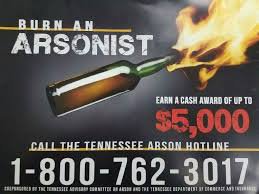 The Benton County Sheriff’s Office is investigating a series of fires in the Big Sandy area, on the northern end of Benton County. There have also been fires reported in the southern end of Henry County.

These fires are mostly grass and woods fires, according to the Benton County Sheriff’s Office.

The sheriff’s office says there was a fire reported in the woods off New Hope Road in Big Sandy, as well as a fire on Highway 641 South near the Halfway Market gas station around 4 a.m. Monday, and a fire in the woods off Wagner Road in Cottage Grove around 11:40 p.m. Sunday.