WASHINGTON (AP) — Joe Biden has sworn the oath of office at noon to become the 46th president of the United States. He takes the helm of a deeply divided nation and inherit a confluence of crises arguably greater than any faced by his predecessors. 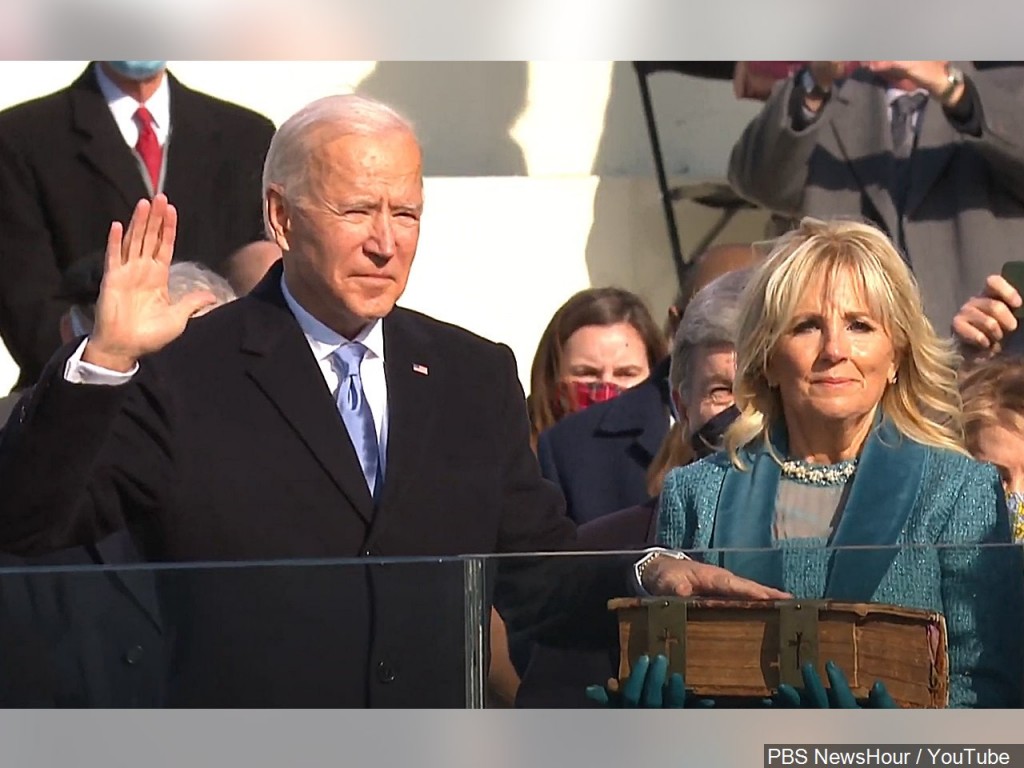 But there were comforting signs of tradition for the hallowed American democratic rite now underway at a U.S. Capitol battered by an insurrectionist siege just two weeks ago.

On a chilly Washington day dotted with snow flurries, a bipartisan trio of ex-presidents along with the elite of nation’s government gathered for the ceremony.