BRUCETON, Tenn. — A mayor’s Facebook post is causing controversy. He says he’s mourning lives lost to COVID-19, while others say he’s dividing the country even further. 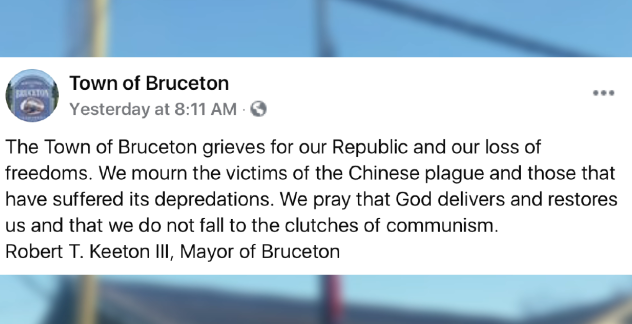 The post has been circulating on social media — a picture of Bruceton City Hall with the flag lowered to half staff, and a caption by Mayor Robert Keeton III.

“I never dreamed a three sentence prayer would attract so much controversy,” Mayor Keeton said.

“The Town of Bruceton grieves for our republic and our loss of freedoms. We mourn the victims of the Chinese plague and those that have suffered its depredations. We pray that God delivers and restores us and that we do not fall to the clutches of communism.”

WBBJ’s Julia Ewoldt sat down with him Thursday.

EWOLDT: “Why do you think it’s attracted so much controversy?”

MAYOR KEETON: “Primarily from looking at the comments, it’s because I used the word ‘Chinese’ before the word ‘plague.'”

EWOLDT: “Do you think anything about the words ‘loss of freedoms’ and ‘communism’ on Inauguration Day have anything to do with that?” 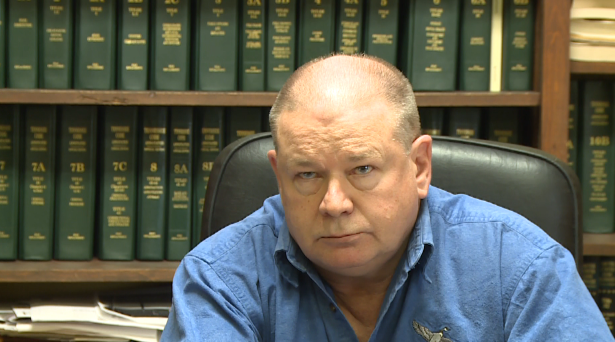 By noon on Thursday, the flag was put back up to full staff, and the post had generated almost 1,500 comments and 500 shares — some people calling it ‘unpatriotic’, divisive, and unprofessional.

EWOLDT: “Do you have anything you want to say to those people who might not have understood what you were wanting to say?”

KEETON: “It’s a very simple three-line prayer. It means no more and no less than what it says.”

EWOLDT: “So they interpreted it correctly?”

Mayor Keeton also said the flag was lowered to half staff on Wednesday following the death of a friend, and in memory of those “who have passed away from this plague unnecessarily.”