GIBSON COUNTY, Tenn. — A suspect was chased down in Gibson County Tuesday. 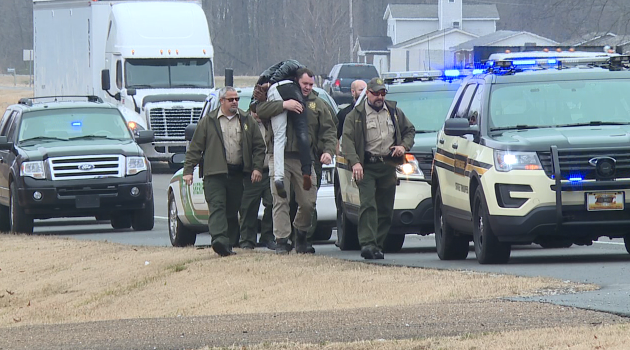 According to the Tennessee Highway Patrol, the suspect drove away from a traffic stop involving a THP state trooper early in the morning.

The THP sent out an alert to nearby agencies.

While in Gibson County, a sheriff’s deputy spotted the vehicle and stopped the driver.

Officials say the driver attempted to get out of the vehicle and run, but he was quickly taken into custody by both sheriff’s deputies and state troopers.