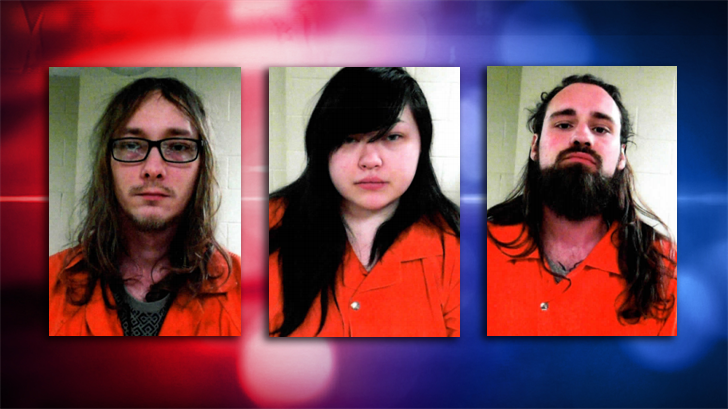 According to a news release, investigators found large amounts of marijuana, THC products, mushrooms, paraphernalia and cash at the homes on Woodland Drive and Steed Street.

The release says investigators found more than a pound of marijuana, more than 250 THC vapes and cartridges, more than 40 pre-rolled marijuana blunts, multiple jars of THC wax, more than 50 packages of candy-style edibles, and over $50,000 in cash. Investigators seized those items as well as two vehicles.

All three individuals have been charged with manufacture/deliver/sale/possession of schedule I drugs.