JACKSON, Tenn. — After more than three years as the United States Attorney for the Western District of Tennessee, Mike Dunavant has announced his resignation. 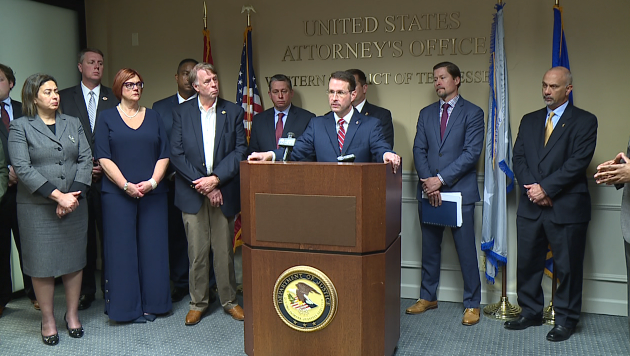 “I’m very proud of the fact we increased the number and the amount and the nature of the cases that we accepted for federal prosecution all across the West,” Dunavant said.

He says the U.S. Attorney’s office has increased productivity and safety in West Tennessee by creating a great partnership with law enforcement.

“I’m most proud of our relationship with law enforcement. I have been very intentional to make sure that we are supporting our local state and federal law enforcement officers,” Dunavant said.

Although Dunavant says criminal activity is increasing, he says there is and will always be work to be done.

“There’s always pending investigations and pending cases and initiatives and operations that are always going on, and so I’m certainly sad to leave at a time when there’s still much work to be done,” Dunavant said.

Looking forward, Dunavant hopes to remain in the criminal justice system and public service and will be looking at all opportunities in the public and private sector.

“It’s been an honor of a lifetime to serve. I believe we’ve made a really positive difference here in West Tennessee in public safety,” Dunavant said. “I look forward to continuing to serve the people in one way or another in the future.”

Dunavant says he plans to finish strong and give all of his efforts in his last three days in office.