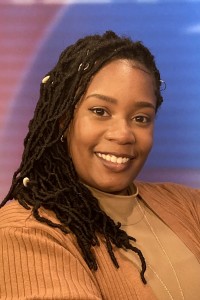 Kandace Walker joined the WBBJ 7 Eyewitness News team in August 2018 as a camera operator. In fall of 2020, she officially became a producer for Good Morning West Tennessee.

Kandace is from the small town of Bolivar, Tennessee, graduating from Bolivar Central in 2010.

She later graduated from Lane College with honors and a bachelor’s degree in Mass Communications. While at Lane, she became the first runner up in the 2013 Miss Lane College pageant and also the treasurer for two on-campus clubs.

After college, she wanted to utilize her gifts and skills thus began her career in freelance photography.

When she’s not bringing you the latest news, she enjoys writing songs,poetry, and spending time helping those in need.

Tyson in Humboldt hands out foods and job opportunities