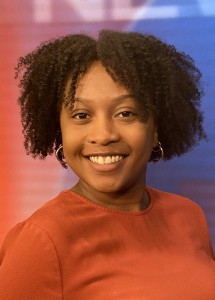 Lyric is from Lexington, Tennessee. After graduating from Lexington High School, she then attended Austin Peay State University where she received her Bachelor of Science degree in Communication Arts; concentrating in Broadcast Media. During her time at Austin Peay , Lyric would become a Governor’s Ambassador, and soon Resident Assistant. She continued to work in the Communications Department at Austin Peay where she co-produced, directed and edited anything between on campus television shows and sports information highlight reels.

When Lyric is not writing for WBBJ in the newsroom , she enjoys being creative through filmmaking and photography independently. She also enjoys traveling, spending time with family, and discovering new hobbies.