JACKSON, Tenn. — Jackson police and the Tennessee Bureau of Investigation are still searching for a man suspected of robbing and shooting an elderly man in a north Jackson neighborhood. 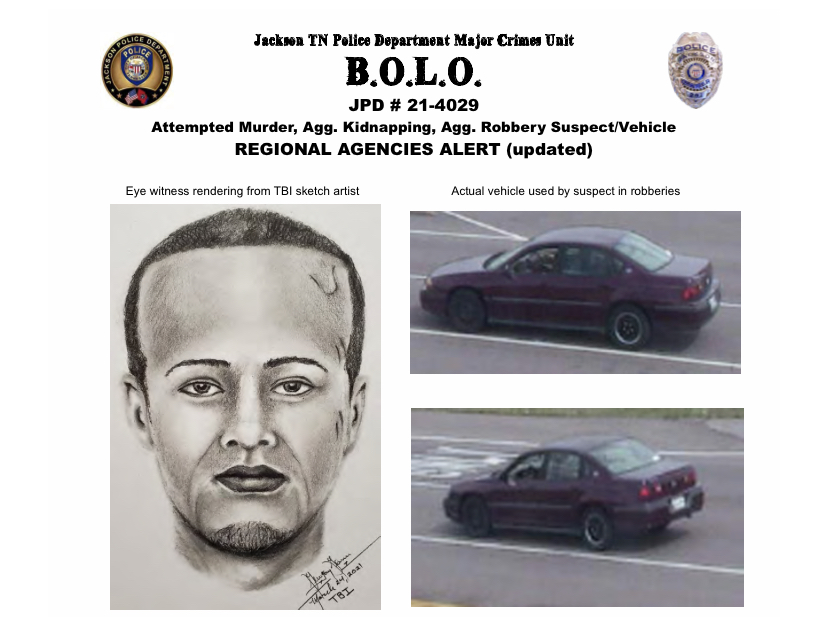 Police say the man is suspected in multiple armed robberies along Interstate 40 on March 22.

Police say the suspect is believed to have been involved in a robbery around noon near Parkers Crossroads.

Around 1:45 p.m., the suspect robbed and assaulted an elderly couple, shooting the elderly man, at a home on Ivy Hill Drive. Police say the man then robbed a neighbor.

The suspect is then suspected of robbing another person shortly after at the rest stop at mile marker 74 on Interstate 40, according to police.

The suspect was last seen driving westbound on Interstate 40 around 2:15 p.m. March 22 in a 2000 to 2005 model maroon or burgundy Chevrolet Impala with a decal on the lower passenger side back window, police say.

The vehicle may be registered in the Shelby County area.

The suspect is described as about 5-feet, 9-inches tall, about 170 pounds, and may have injuries to his forehead.