Death of K9 unit under investigation in McNairy County

MCNAIRY COUNTY, Tenn. — The death of a K9 unit is being investigated in McNairy County. 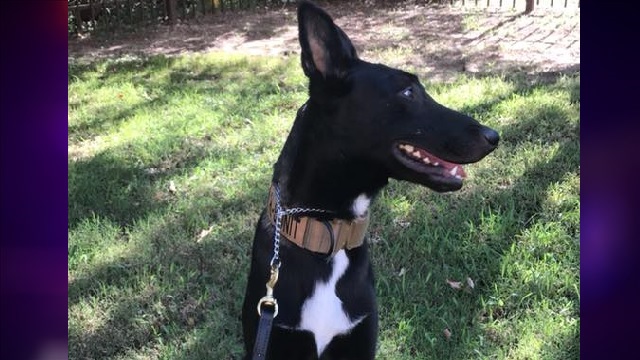 Photo of Bishop published by the Selmer Police Department on October 30, 2017, welcoming the him into the department.

The report says Travis Sibley had called the sheriff’s office just a couple hours earlier, saying two large and aggressive dogs had come from the forest and charged both him and his son.

The report goes on to say that Sibley ran the dogs into the forest, and brought his child indoors.

Over the phone, the McNairy County Sheriff’s Office says Sibley got a shotgun and used it once the dogs returned, killing one that he says was on his property.

At the time of the incident, the responding deputy told Sibley that they did not deal with dead animals, unless under certain circumstances, and that the issue would be dealt with at a later time if a missing dog was reported in the area.

Selmer K9 Officer Robert Heathcock IV would later find Bishop, his dog, and reported it to the sheriff’s office.

The sheriff’s office returned and questioned Sibley, who said he had been waiting nearly 10-feet from the roadway for several minutes, waiting for them to return.

The McNairy County reports says that Sibley said the dog was actually in the middle of the road when he fired the first shot.

The McNairy County Sheriff’s Office says some of the wounds on Bishop indicate the dog may not have been facing Sibley when those particular rounds were fired.

The McNairy County Sheriff’s Office says Sibley has been charged with intentional killing of an animal.

The sheriff’s office says this decision was made because Sibley had allegedly waited for them to return and shot at them once they were in the middle of the road.

The Selmer Police Department released a statement on the incident, saying in part:

“We are very saddened by the loss. K9 Bishop served with the Selmer Police Department for four years and will be greatly missed.”