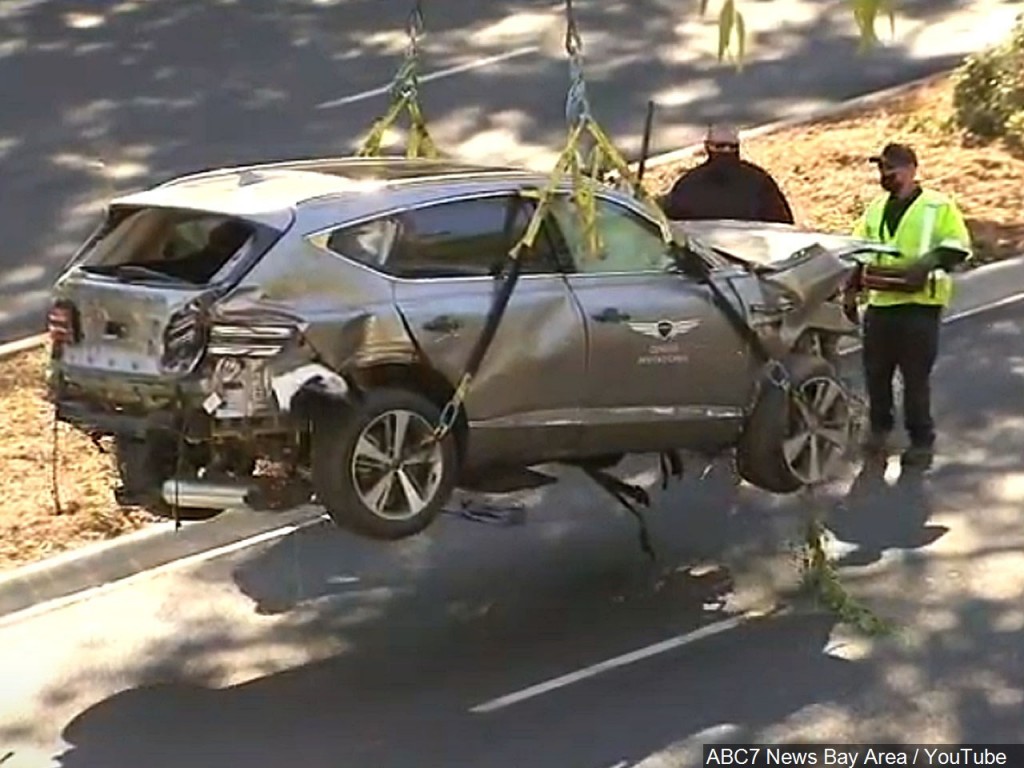 Los Angeles County Sheriff Alex Villanueva said Wednesday that Woods was driving 84 to 87 mph on a downhill stretch of road outside Los Angeles that had a speed limit of 45 mph.

The stretch of road is known for wrecks and drivers hitting speeds so high that there is an emergency exit for runaway vehicles just beyond where Woods crashed.

Villanueva blamed the Feb. 23 crash solely on excessive speed and Woods’ loss of control behind the wheel.