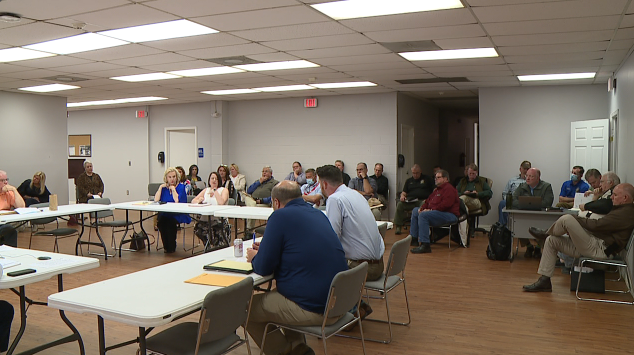 The county’s capital project hearings started off with arguments after a disagreement between Juvenile Court Judge Christy Little, and Circuit Court Clerk Kathy Blount about whose responsibility it was for certain proposal requests.

The county members asked that both sides settle down and resolve the matter elsewhere.

Little went on to propose the Juvenile Court needs a new detention facility. She claims the current one for Madison County is insufficient.

“We would like to have a 32-bed facility, and we are working now with Senator Haggerty’s office on a mental health project,” Little said.

Currently, the county pays a site in Murfreesboro to hold some of their juveniles.

The other departments came up and shared their capital budget requests, and most sessions were short.

The final, the sheriff’s department. Its main request is 22 vehicles for their fleet, which is double what the number of vehicles they just received.

“These cars that I’ve listed on here, these are technically not even the ones. The 11 we just got in are going to replace. This is the plan for after July,” said the representative for the Madison County Sheriff’s Office.

Sheriff’s office officials say they are trying to “catch up” on cycling out their fleet.

“We have more patrolman than we had five years ago, so of course that’s going to go u, so of course there’s a whole lot going on. Can we get there? Yes, I think we can,” said the representative for the Madison County Sheriff’s Office.

The cost would be around $700,000 dollars, even if they bought the cars used.

“That’s outfitted, ready for use, at $793,196,” said the representative for the Madison County Sheriff’s Office.

Other sections of the sheriff’s department requested new equipment, including laptops, sniper scopes and more.

And as the county emerges from the recent pandemic and financial crunch, financial decisions will be key heading into the next fiscal year.

The capital committee will eventually meet and discuss the county department proposals.