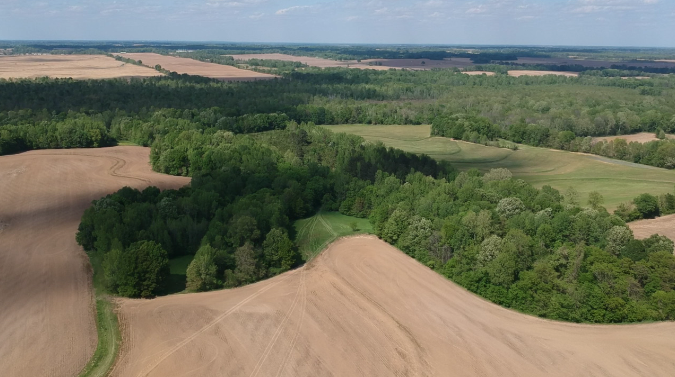 Tuesday evening, the Haywood County Sheriff’s Office received a call that the air traffic controller had lost the signal of a plane in the area.

Soon after receiving the coordinates, the search was on.

“We had a rescue team here, already together, and we went to the location to see if we could find anyone that was possibly still alive,” said Haywood County Sheriff Billy Garrett.

“It got to the point where they knew they would have to get in the woods and off the road, and they couldn’t see what they were doing, so they backed up and waited until sun up,” said Lt. Shawn Williams, with the Haywood County Sheriff’s Office.

Not being able to find anything overnight, a helicopter from the Tennessee Highway Patrol joined the search, and helped locate the crash site.

The plane was found near Bond Ferry Road and Prospect Lane, outside of Brownsville in a knee-deep flooded area of the woods.

Searchers found the body of the pilot early Wednesday morning.

“We had been talking to family and they let us know that there were two people on the plane, and they described who they were, and so we knew after we found one we knew we had another one we needed to find,” Garrett said

Investigators say the pilot and his mother were traveling from Houston, Texas to Kentucky to visit family.

Early Wednesday afternoon, the other body of the mother was located.

The NTSB is still investigating the cause of the crash.

“The black box was recovered from the plane, so we will hear from them at some point at what they think caused the crash,” Garrett said.

Stay with WBBJ 7 Eyewitness news on air and online for more details in the investigation as they are released.