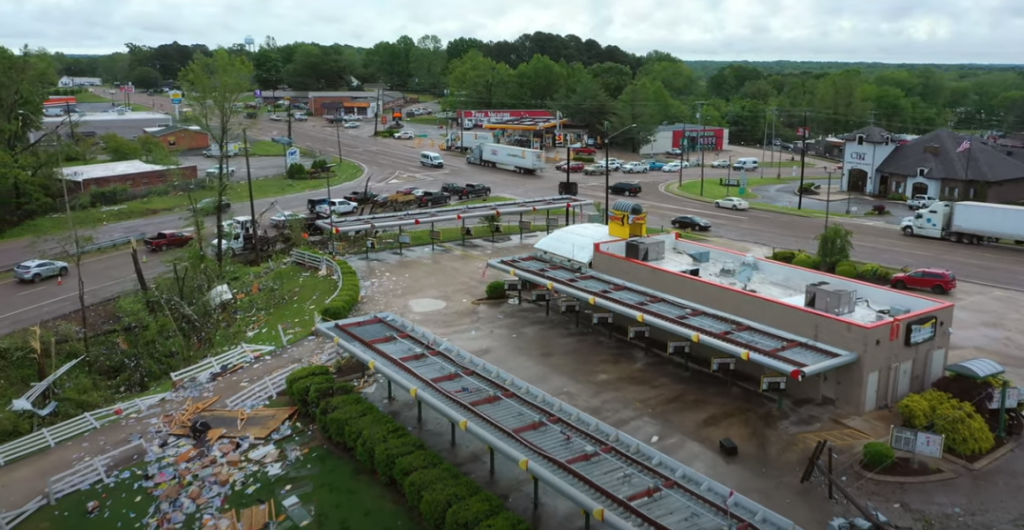 EMA director Ron Watkins confirmed the damage was due to severe weather that hit the county around 4:10 a.m. Tuesday, which included straight line winds with speeds between 60 and 80 miles per hour.

No injuries were reported in the storms.

Paris Energy Authority confirmed at least 7,000 Henry County residents were without power, and crews were repairing damage to utility poles and lines for the second time since an EF-1 tornado hit the county last week.

Damage in the county includes:

Watkins says the residents were at home when one mobile home was destroyed by a fallen tree on Memorial Drive, where a tree fell through the kitchen.
Paris Police Department and Fire Department were able to gain access to the damaged homes, and the Jackson chapter of the American Red Cross will be assisting families that have been displaced.
Watkins says several homes and barns were damaged in the Puryear area, and a parked tractor-trailer truck was blown onto its side on Conyersville Road.
A home on Country Club Lane in Puryear was damaged after being struck by lightning and catching fire shortly after 5:45 a.m. Tuesday, but first responders and firefighters were able to get the fire out quickly, Watkins said.
Additional storms are anticipated Tuesday afternoon and evening.
Categories: Local News, News
Share this...