Good Morning West Tennessee. As expected strong to severe thunderstorms moved through the region this morning producing heavy rain, frequent lightning and damaging winds. At least as of this writing there were no confirmed tornadoes, though there were a few suspect areas at times, which do coincide with some of the more extensive damage in northwest Tennessee in particular. Nevertheless, the main area of storms has moved east and into Middle and East Tennessee. For the rest of this morning, we will see a mix of sun and clouds with temps warming through the 70s and into the low 80s this afternoon. The main frontal zone is forecast to move closer, but not pass West Tennessee until this evening. This means there will be a window for more convection associated with the cold front. There is still a (2/5) Slight Risk for strong to severe storms, particularly south and eastern part of West Tennessee. 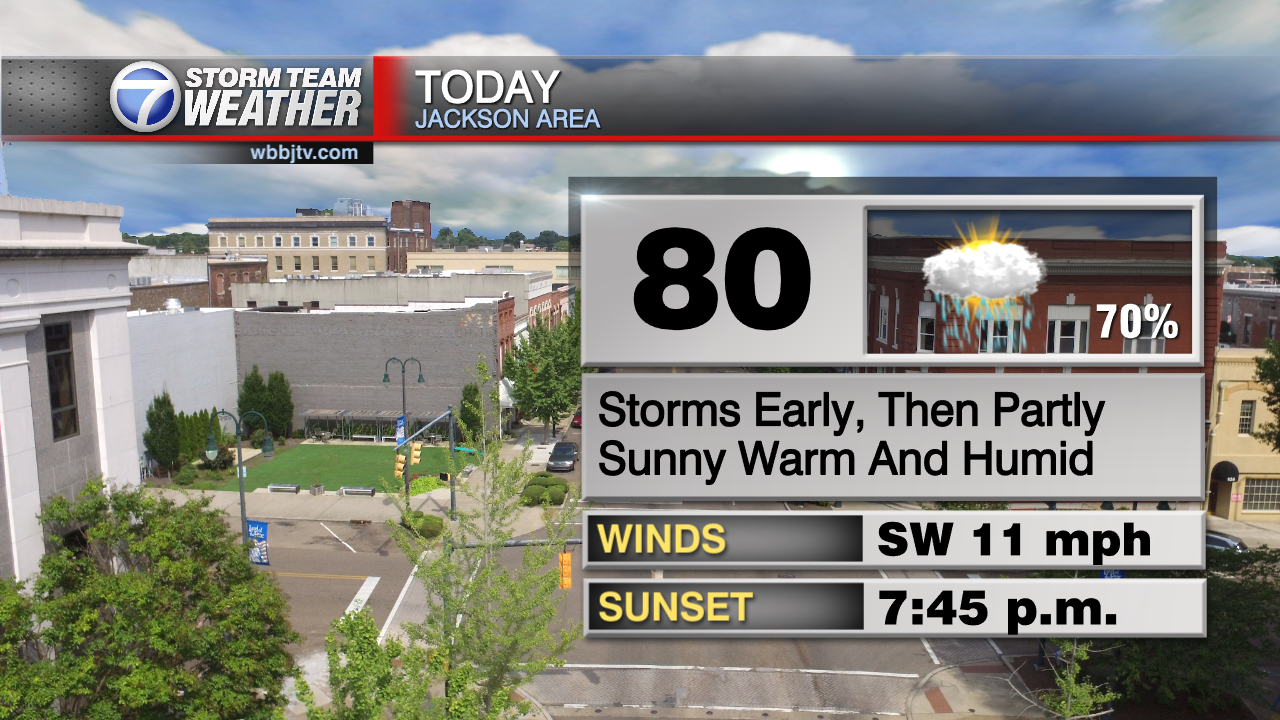