Saturday Forecast for May 15th:

Another chilly as temperatures dropped to 43 in Jackson and 41 in Lexington. Since then skies have remained mostly clear and as of 10 am most areas had warmed into the middle to upper 60’s. We are on for a mostly dry weekend with overall lower rain chances.

A few showers are possible this weekend but don’t count on seeing much. Heavier rain showers and thunderstorms are expected to return to the area for most of the next work week, but it will remain warm and humid. Catch the latest forecast and more details right here.

Warmer weather and more humidity will move back in for the weekend as the winds will start to come out of the south again. This will warm us up into the upper 70s on Today and low 80s on Sunday. Although severe weather or a big storm event is NOT likely this weekend, we could see a few showers or pop up storms due to the southerly flow returning to the area on Sunday. But chances for rain on Sunday as of now only sit around 20%. In general, expect partly cloudy skies, although it will be sunny at times and mostly cloudy at other times during the weekend.

Increasing clouds in the afternoon becoming mostly cloudy by the evening, Highs around 77 with light southeast winds 5-10 mph. 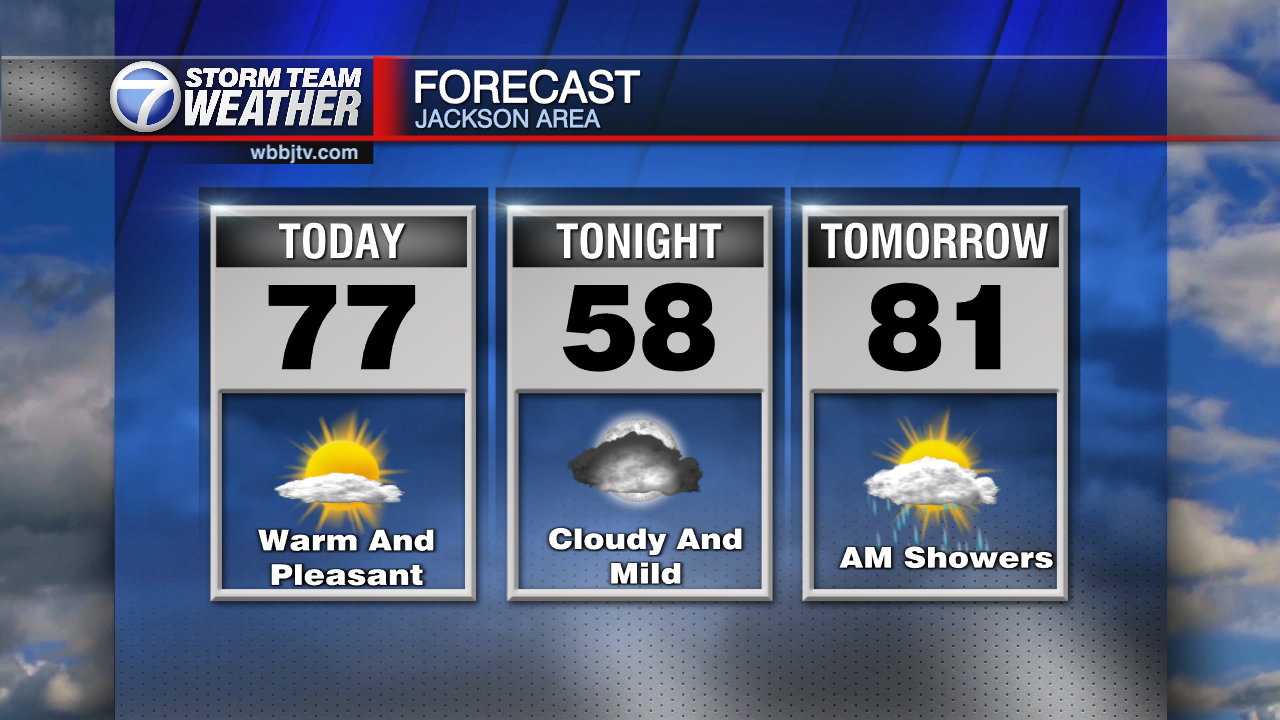 Mostly cloudy and not as cold, Lows around 58 with a quick hit or miss shower possible, Chance of rain less than 20%, Southeast winds around 2-5 mph.

Better chances of rain will get going towards Monday as a more unsettled weather pattern arrives bringing back chances of showers and storms each day. Rainfall totals by late

Wednesday will be as high as around 2 inches. With that said, it will be spread out from Monday through Wednesday with Tuesday and Wednesday looking the most likely for overall

We are still in Spring and now still in the middle of severe weather season. So you need to stay weather aware to changing weather patterns and monitor the forecasts closely. We got you covered in the WBBJ 7 Storm Team Weather Center as always.