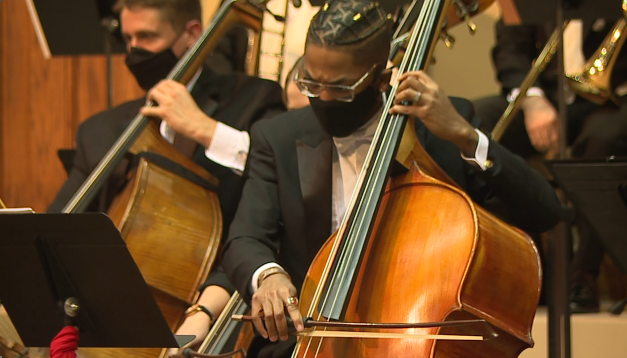 JACKSON, Tenn.– The Jackson Symphony celebrated the end of their anniversary season with performances from returning special guests, and a traditional jubilee.

The Jackson Symphony hosted their Diamond Jubilee concert to celebrate the end of their 60th anniversary season.

There was also a musician’s choice piece that was selected by the orchestra.

Jackson Symphony’s Executive Director Sherry Freeman says they are excited to end their 60th season with this show.

“Just a huge celebration and we are just so excited to have gotten through our 60th Anniversary Season this year and to be celebrating,” Freeman said.

The season was still in the middle of a pandemic, but Freeman says that did not stop them from bringing music to the community.

“Limiting concert seating, changing up times, bringing in smaller orchestras, we’ve also had great success with our symphony on the move and our neighborhood concerts. Being able to take the symphony, the ensembles in the symphony, throughout our community,” Freeman said.

The symphony is the oldest symphony in Tennessee, and Freeman says it wouldn’t have been possible without the support of the community.

“That is just really a reflection of the community, of the people within the community and West Tennessee. Their willingness, their continuous year after year support of the Jackson Symphony and the work that we do in the arts,” Freeman said.

The Jackson Symphony have tickets on sell for their 2021-2022 season.

You can find out more by clicking here.