HENDERSON, Tenn.– A local man is using his passion to create a radio show. 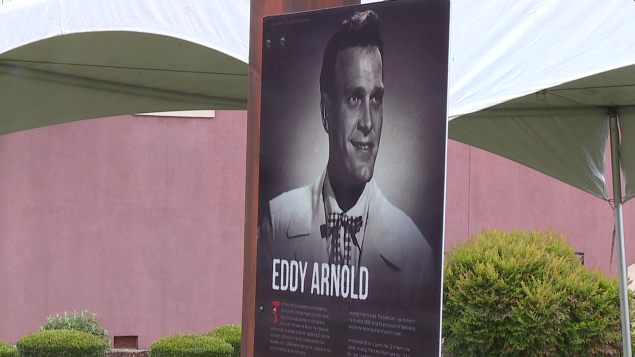 “It occurred to me that I could probably put together an hour’s worth of material that would demonstrate and illustrate Eddy Arnold and his historical context in the history of country music,”  Holtin said.

The show had a three day broadcast with the first show airing Friday at noon, right after the Eddy Arnold memorial ceremony in downtown Henderson. Holtin said Arnold changed the game in country music and brought a modern sound into the industry.

“I thought probably reading his autobiography it looked to me like he was kind of the ambassador to the urban side from the country side,” said Holtin.

Holtin has another radio show every Saturday that showcases big band music. But Hotlin’s passion for record collecting has given him the opportunity to explore other music genres with the show.

“I will take the last fifteen minutes of the program and call it the collectors corner and bring in all kinds of stuff. Opera records and country records. I have done that a few times. When this opportunity came up to showcase an hour’s worth of Eddy Arnold I thought why not,”Holtin said.

Holtin said he is excited the country legend was recognized for his impact in country music and he was grateful to do his part in honoring Arnold as well.