According to a news release from UT Martin, Vietnam War veterans who are alumni from the university were honored Saturday during the Alpha Upsilon Chapter of the Alpha Gamma Rho’s annual Founder’s Day Celebration. The event had previously been delayed due to the pandemic. 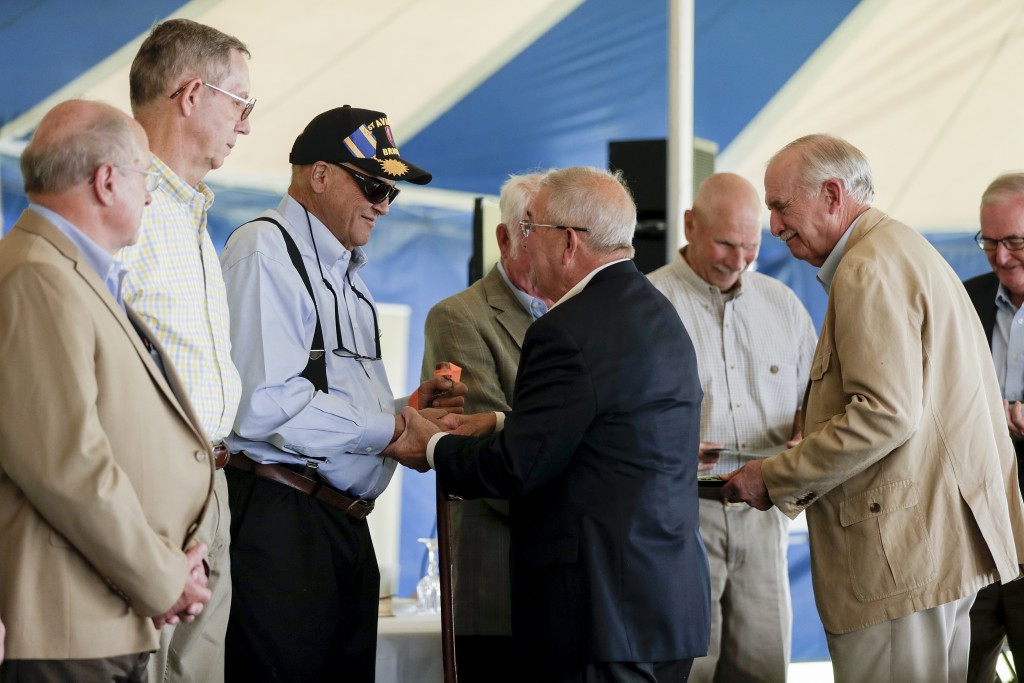 The news release stated the event was held on Armed Forces Day at Martin Parks and Recreation Complex, and honored 14 of the 17 living veterans and alumni members who returned for the presentation. Twenty-one total AGR alumni served in Vietnam.

The veterans in attendance were honored with a presentation of Vietnam War veteran pins per the release. Three retired generals, who are also UT Martin grads conducted the pinning ceremony. And they were all met with an excited crowd who enjoyed speakers and recognitions, while also having the opportunity to take helicopter rides.

The news release also noted that four deceased veterans were honored with the display of colors and playing of taps by the UT Martin ROTC Color Guard.

Keynote remarks were made by Dennis Cavin, per the release, and he expressed appreciation for his part in honoring those that served.

Cavin stated per the news release, “Today’s recognition, belated though it may be, is designated as corrective effort to make sure you know how much your service and sacrifice are appreciated.” He finished by stating to those in attendance, “Through your presence today, you have chosen to honor American’s soul, this generation of Vietnam warriors. A hardy welcome home, brothers. Stand tall, be proud, and we salute you.”