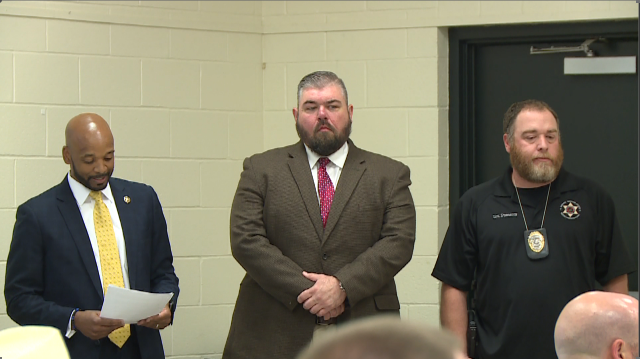 Miller says Taylor was able to move Frye to a corner of the house and out of the line of fire and applied a tourniquet, and Pomeroy went through a wooden fence to reach Frye.

The investigators say the real honor is seeing Frye standing at the Monday’s ceremony.

Taylor and Pomeroy received Certificates of Appreciation for their actions.