MARTIN, Tenn. — Police say a man has been arrested on drug-related charges in Martin. 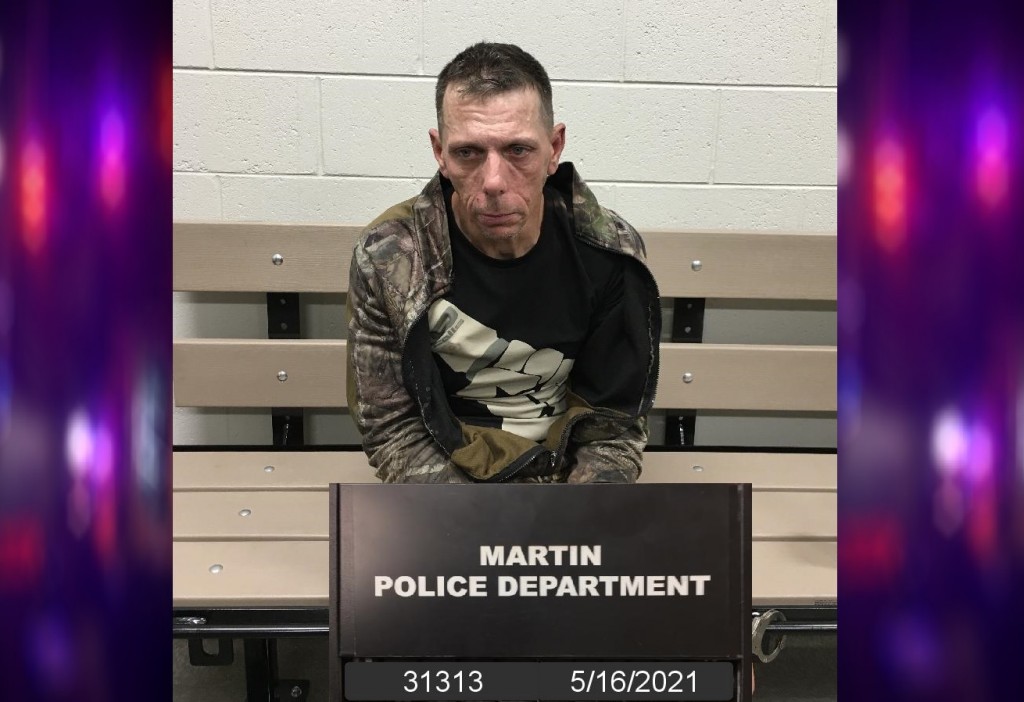 The department says Eric Choate was arrested after an officer allegedly found him passed out in the driver’s seat of a vehicle around 10:15 a.m. Sunday.

Police say Choate originally identified himself has “John Choate,” and was found with a purple bag.

Choate told officers needles were in the bag, but after a search, officers found over one gram of suspected methamphetamine inside the bag as well, according to Martin police.

Martin police then searched the vehicle and found glass smoking pipes believed to have residue of meth, according to the department.