JACKSON, Tenn. — A man suspected in a fatal shooting in January 2019 has been convicted of first-degree murder and a gun charge. 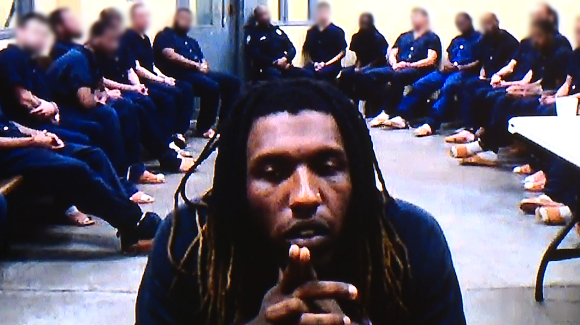 According to a news release, 25-year-old Elijah Garrison, known as “Evil,” was sentenced this week following a trial in the death of D’Andre Holmes at Magnolia Landing Court Apartments.

The release says Garrison is accused of shooting Holmes from inside a car as he drove past Holmes standing on the sidewalk.

Investigators say Garrison got out of the car and shot Holmes 11 times as he was lying on the ground, leading to Holmes’ death.

Garrison is also identified as a member of the Crips street gang, and is a previously convicted felon, the release says.

Garrison’s sentencing is scheduled for July 12. He is facing life in prison on the first-degree murder charge, and another eight to 12 years on the felon in possession of a firearm charge.

“These cases are not easy. I appreciate the hard work of the Jackson Police Department as well as the jury in this case,” said District Attorney General Jody S. Pickens. “The defendant robbed a young man of his life and robbed a mother of her son. The killing in this case was particularly merciless in the way Garrison stood over his victim and shot him multiple times as he begged for his life. Though nothing can bring their son back, we hope that the jury‘s verdict helps bring the family of D‘Andre Holmes some measure of peace knowing that the defendant will not likely breath air as a free man again.”