JACKSON, Tenn. — The Jackson Energy Authority is teaching first responders the importance of keeping the community safe during electrical issues. 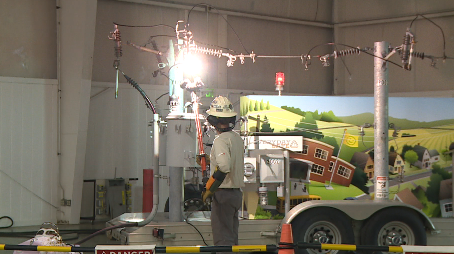 They learned what to do to keep people safe during issues like power outages from storms or even when a car hits a pole.

“We have a rash of, seems like, cars hitting poles, storms coming through and people coming in with the lines laying on the grounds. So, we’re going to try to teach the police and the fire what not to do, basically crowd control,” said Ashley Jones with Jackson Energy Authority.

Jones says they will have another demonstration on Thursday.