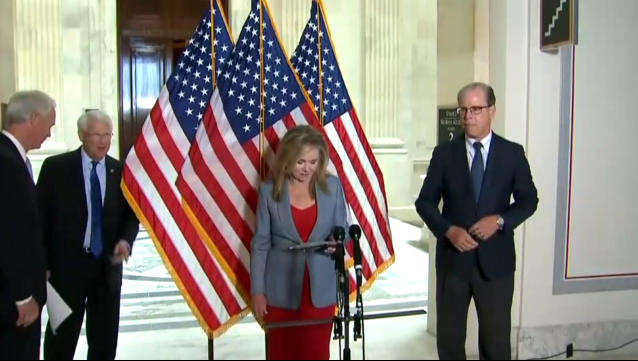 Blackburn and several other senators say they plan to work together to investigate the allegations.

Sen. Mike Braun of Indiana says the main issue they want to address is making sure the people get the right information.

“We need to have accountability, and I think it is for them to step up and lead the charge. They are the place where the people look to, listen to,” he said.

With the chance of having misinformation spread to the American people, Blackburn says they want to make sure that they can prevent this from happening by bringing their concerns before the Senate.

“We all have suggestions of how we as a Senate should move forward and things that we should do to make sure this never happens to the American people,” Blackburn said.

Facebook CEO Mark Zuckerberg proposed to Congress that legislation should require these companies to have transparency on regulating content, and to hold them accountable if they violate that rule.