HAYWOOD COUNTY, Tenn. — A jury has found Keyandre Benson guilty in the mass shooting at a Brownsville armory in 2017. 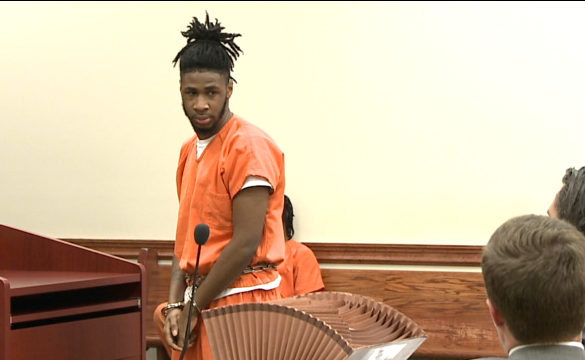 Kyandre Benson at a court appearance on Tuesday, Feb. 28.

The shooting took place on Jan. 27, 2017, at the National Guard Armory in Brownsville, according to a news release from District Attorney General Frederick H. Agee.

The district attorney says Benson was convicted of 14 felony counts, which can carry a maximum sentence of 62 years.

The district attorney says they will be seeking a maximum sentence, saying in part:

“Because of his lack of respect for the Community and the Criminal Justice System my office will be asking Circuit Court Judge Clayburn Peeples for the maximum sentence.”

The shooting left multiple people injured at what was supposed to be a homecoming party for Haywood High School.

You can read more about the shooting here or through the link above.

Stay with WBBJ 7 Eyewitness News online and on the air as more updates become available.