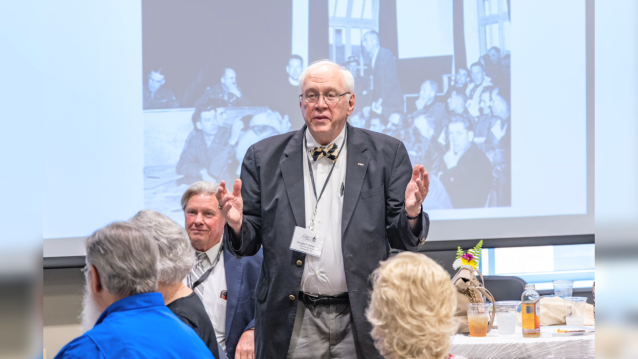 As part of FHU’s celebration of 1970 and 1971 alumni this week, they hosted a luncheon for class members on Thursday.

The lunch included a guest speaker, Douglas Bates, who is an honorary alum of FHU.

He told a story about his father who grew up in Tennessee and fought his way across France and Germany as an artilleryman.

After the war, he was assigned to defend 40 Nazis in war crime trials.

Bates felt it was important to tell this story to the alumni class because many of them have parents who were in World War II.

He says that generation did not talk about their service much, and it’s good to remember.