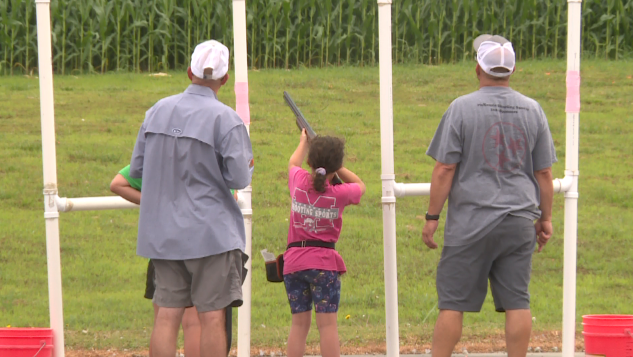 It’s a way for those who love to shoot to raise funds to feed those who face food insecurity.

“We started this process in 2015 with just an idea of the industry of agriculture coming together to feed hungry people, and since that time our events have expanded out to events in Middle and in West Tennessee,” said Bryan Wright, director of membership for Tennessee Farm Bureau.

This fundraiser started with the purpose of funding local food pantries, but now it also helps fund school backpack programs for hungry children across the state.

“Our goal this year is 100,000 backpack meals for hungry kids across the state,” Wright said.

Senior Vice President of Ag Lending with Farm Credit Mid-America, Tim Williams, says it feels good to give back to those in need. He says over the last five years, this event has raised enough money to prepare two million meals.

“To be good stewards and to give back, it just makes sense for us to come together and to raise funds to prepare meals, and to use those things that we’ve grown in agriculture to help those people, and the need is great,” Williams said.

Shooters of all ages came out to participate in different categories of competition, with the hopes of winning a prize donated by sponsors.

“We’ll have kids here that can barely hold up a shotgun, all the way up to folks that are well past retirement age,” Wright said.

She says she’s looking forward to hopefully beating her older sisters in the competition.

Shooting Hunger will expand to East and Middle Tennessee this year as well.